There were 12 COVID-19 cases on TUI Cruises’ Mein Schiff 6 but now they seem to be false positives and there is in fact no outbreak onboard.

The German-based cruise line which is the first to resume cruises to Greece has released a new update regarding the 12 crew members who had tested positive onboard Mein Schiff 6.

A further two tests have been carried out on the 12 crew members and they have now been tested as negative. The cruise line carried out PCR tests and the Greek authorities then did antigen rapid tests. The authorities then did further PCR tests with the result to be confirmed later today. So in total, three tests were completed to make sure the correct result was found.

The 12 crew members did not show any symptoms but as a precaution and in-line with health measures, they were isolated. Another 24 crew members who had been traced were also isolated on Monday. The crew will remain in their cabins until the final test results are confirmed.

TUI Cruises has said that guests do need to worry and no tests will be necessary for them. Once Mein Schiff 6 is released by the Greek authorities the cruise ship will be able to continue on her way. The ship is currently located in Piraeus and TUI will make up for any missed shore excursions planned for today on Wednesday.

Mein Schiff 6 which made her debut for TUI in 2017 currently has 922 guests onboard. Due to health measures in place, the ship is only sailing at sixty percent capacity rather than the 2,500 at double occupancy. There are also 666 onboard.

The vessel started the cruise from Crete on Sunday, September 27, 2020. There are health measures in place based on the German Robert Koch Institute (RKI) and the World Health Organization (WHO).

7-day cruises to Greece kicked off this month following two other TUI cruise ships that resumed sailings out of Hamburg and Kiel in Germany in August. 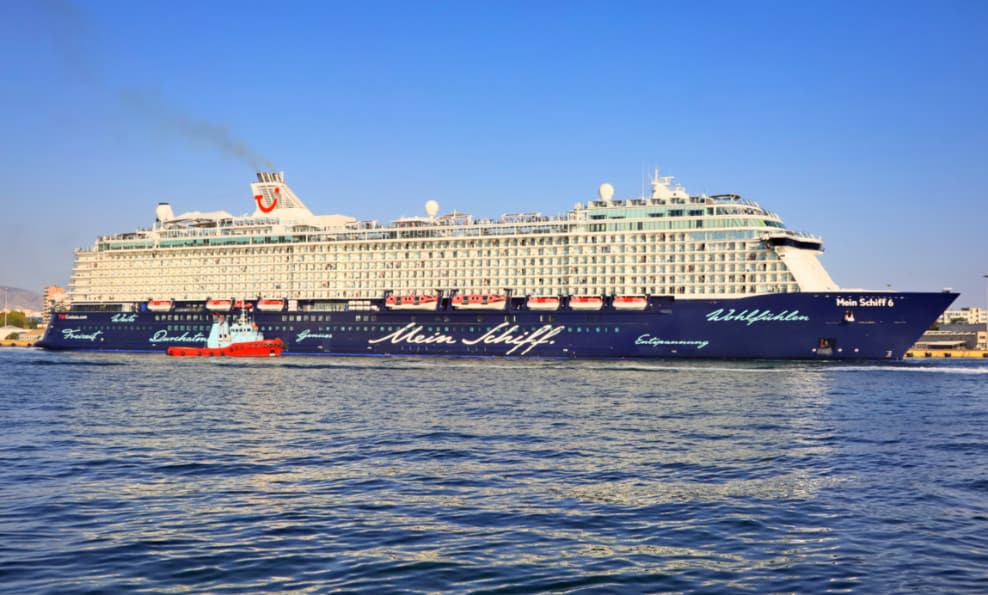