A regional court in Venice on Monday suspended the ban which stops large cruise ships from cruising down the Venice lagoon near the shore line.

As Cruise Hive previously reported, large vessels over 96,000 tons were to be banned from sailing down the lagoon and an alternate route must be found. Well no route has yet been found which is one of the reasons why the Venezia Terminal Passeggeri which is the company running the cruise port in Venice made a request to suspend the ban. Other companies involved have also made a request to suspend the ban.

The suspension will last until June 12th 2014 which cruise passengers will be happy about but locals in Venice won’t. The ban is expected to come into effect by November 2014.

Local groups had been complaining that the large-scale ships were damaging the fragile underwater wooden piles which help stabilize Venice. Also groups have said in the past that the shore line along the lagoon including St Marks square could be at risk.

Will this still make you want to rush and book a cruise which sails down the Venice lagoon? Let us know in the comments below. 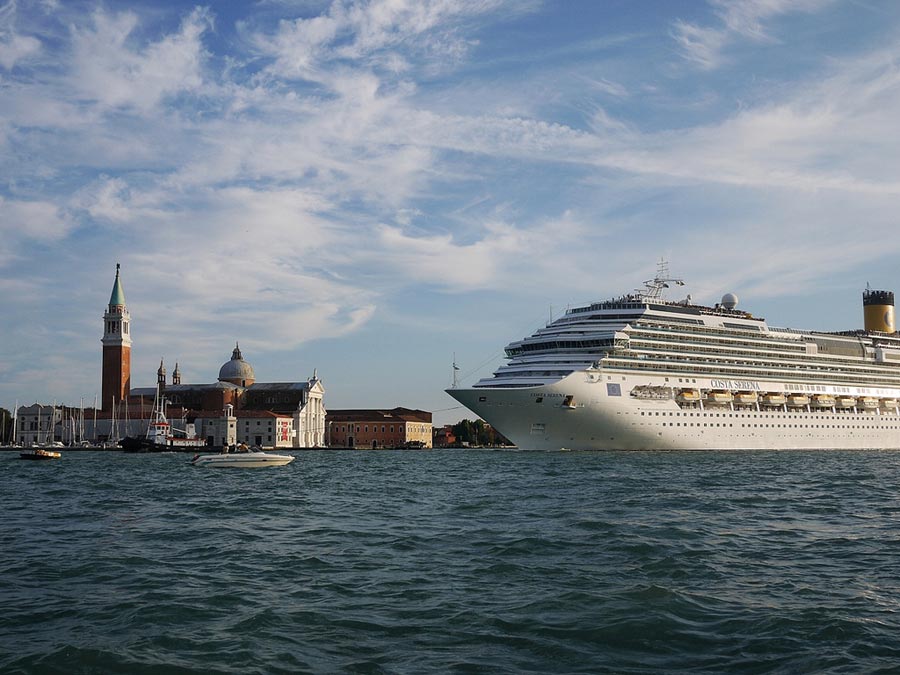