The 100 day countdown to the most spectacular gathering of the Cunard fleet has officially started on Valentines Day, Saturday 14 February. Just 100 days later, on 25 May, up to one million spectators are expected to gather as Cunard’s three Queens perform a magnificent salute to its ‘spiritual home’ of Liverpool.

The official 100 day digital countdown clock was unveiled by the Chair of Merseytravel, Councillor Liam Robinson at the Mersey Ferries Pier Head Terminal.

Unveiling the clock, Councillor Liam Robinson the Chairman of Merseytravel said, “Cunard’s three Queens spectacular will be a global event hosted by Liverpool. The celebration of Cunard’s 175th anniversary presents a huge opportunity for the city and I am delighted that Merseytravel will play its important part by transporting many of the tens of thousands of spectators who will converge on both sides of the River Mersey to witness the ships salute their spiritual home.”

On 25 May, Queen Mary 2, Queen Victoria and Queen Elizabeth will arrive in Liverpool to celebrate Cunard’s 175th anniversary year in dramatic fashion. The three Queens will meet on the famous Liverpool waterfront, performing manoeuvres in close formation to create a spectacular one-off event that will draw hundreds of thousands of people to the banks of the Mersey.

On 4 July 1840, Cunard’s first ship, Britannia, left the Mersey and changed the face of ocean travel forever by establishing the first scheduled service across the Atlantic. Queen Mary 2 will return to the cruise terminal on 4 July 2015, 175 years later to the day, to recreate the voyage of that first Cunard ship from Liverpool to Halifax and Boston. Today’s flagship will then continue on New York. 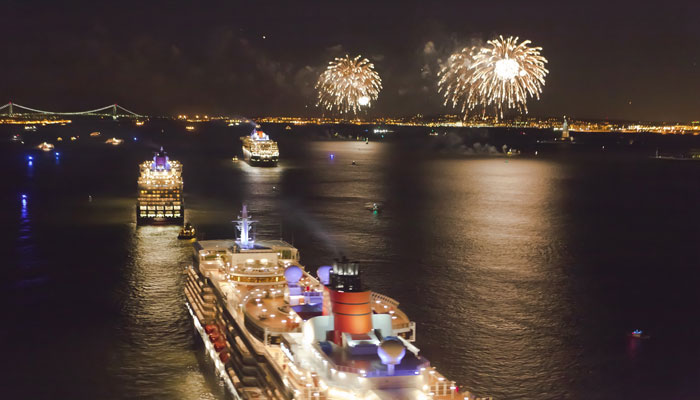