Could You Cruise with All of This Happening?

Carnival Glory has been much discussed over the past 24 hours for all the wrong reasons.

Many passengers who were cruising onboard Carnival Glory recently had to deal with constant construction in anticipation of the ship’s dry dock. Video footage from onboard the Conquest class ship shows workers on the open deck and in stateroom corridors doing construction work. Guests complained to Carnival Cruise Line and got a 25% refund of their cruise price along with a 50% credit towards a future cruise.

Take a look at what passengers had to deal with:

The construction onboard was for the ships new Water park which is being added during a two-week dry dock. The dry dock is taking place from February 25 to March 10 where all aspects of the vessel will be enhanced and upgraded. Many technical improvements will also take place which will see hundreds of workers on the ship day and night until completion.

The cruise in question was the sailing out of PortMiami on February 18. It was a week-long eastern Caribbean itinerary and the last voyage before the Carnival Glory’s dry dock. The 110,000 gross ton vessel will resume cruises out of Miami on March 11 on a western Caribbean sailing. 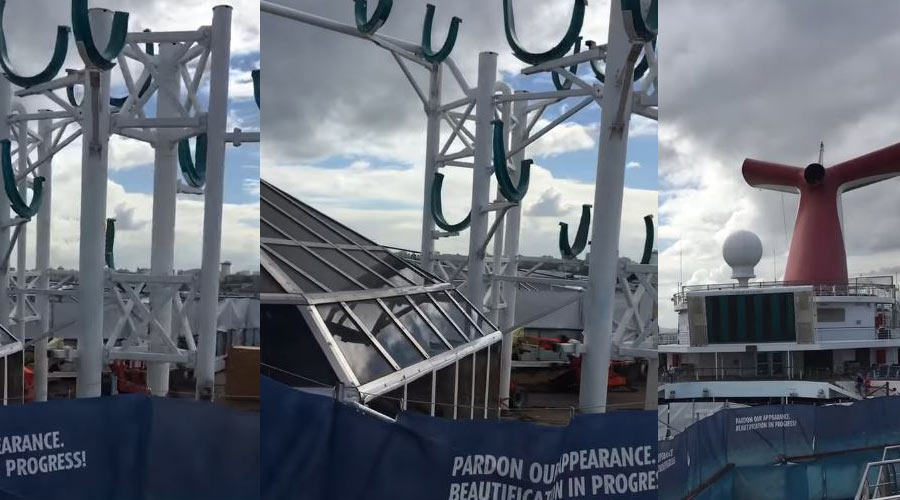