Could Former Carnival Cruise Ship Be Heading for the Scrapyard?

Grand Celebration might well be underway to the ship-breaking yard in Alang, Bhavnagar, India. The ship, which is currently registered to the Bahama’s Paradise Cruise Line, was initially built as the Carnival Celebration in 1986.

While rumors in the cruise industry should usually be taken with a grain of salt, the ship has been set on a registered course to the notorious Alang ship breaking yard.

It could well be an appropriate time for a send-off for the old lady while we eagerly await the arrival of Carnival’s Mardi Gras sister ship Celebration.

The Hayday Of Cruising

Carnival Celebration was part of the Holiday-Class of ships with sister ships Carnival Holiday and Carnival Jubilee. Out of the three, Jubilee had already been scrapped in 2017. Holiday, which had been sailing for CMV, has been auctioned off this year to Greek outfit Seajets.

Built in 1986 at the Kockums Varv shipyard in Malmö, Sweden for Carnival, Celebration was in service for the cruise giant for 20 years. The 1497 passenger, 47,262 GT, was turned over to Ibero Cruises in 2008. After a refit, she was renamed Grand Celebration.

The vessel remained in Ibero cruises for only six years, in 2014 Ibero Cruises ceased to exist. The ship was transferred to Costa Cruises and quickly sold on to Bahama’s Paradise Cruise Line.

The first rumors about the ship being scrapped came about when a brokerage firm listed the vessel as being sold. However, Bahama’s Paradise Cruise Line was quick to deny the sale. Now according to the Cruise Ship Tracker, the vessel has set a course to the Indian city of Alang, Bhavnagar, there seems to be little point of denying anymore.

More, a worker at the shipyard previously confirmed the vessel was expected to be beached at the yard in the first week of January.

The Grand Celebration will be another on a long list of iconic vessels that have found their Waterloo in the COVID-19 Pandemic. Early last week, we reported on the sale and consequent breakage of MS Astor.

Earlier this year, several other Carnival and former Carnival vessels also made their way to breakage yards. Carnival Inspiration, Imagination, and Fantasy are all being broken up at the Turkish yard of Aliaga.

It’s not all bad news, as the Carnival Celebration name lives on, and in an epic manner. The Mardi Gras sister ship is currently being built in Finland and will be launched in 2022 in Miami.

She will be able to boast slightly more impressive numbers than her namesake. At 180,800 GT, the new Carnival Celebration will be more than three times bigger; she will also carry a massive 5,474 guests.

Like Mardi Gras, Celebration will also have the same six fun zones and will also be fitted with the first of its kind rollercoaster at sea. So while a few tears will be shed about another vessel leaving us, the new Celebration will undoubtedly be something to look forward to.

Photo Credit: photos with me / Shutterstock.com 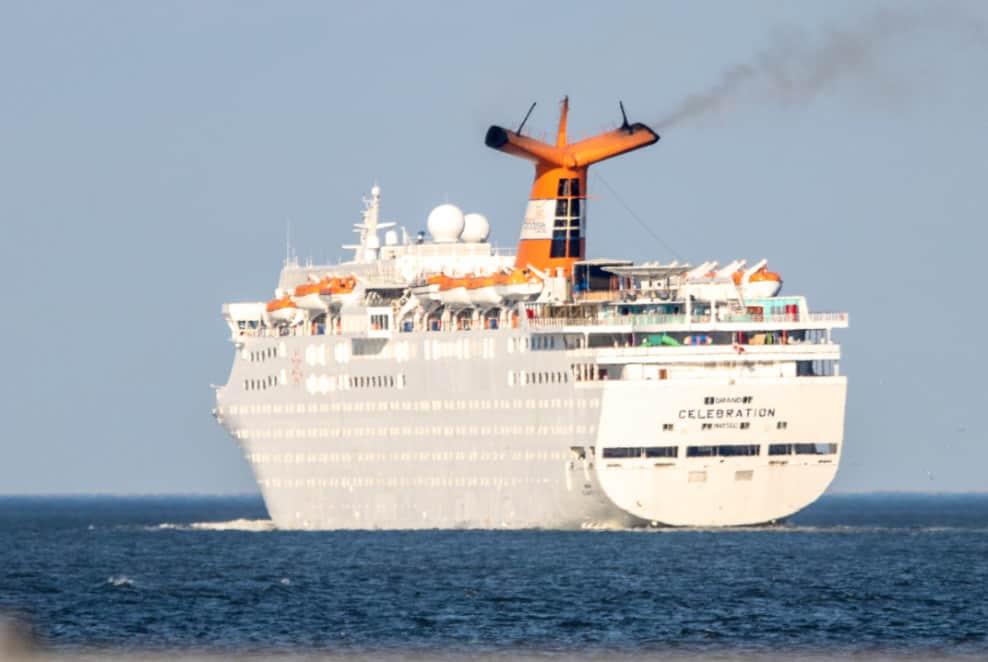