Don’t think we’ve seen anything like this before! The Costa Pacifica cruise ship was hit by some very heavy rain causing at least one of the open decks to be flooded.

The Costa Cruises ship had some flooding on the open decks due to sudden heavy rainfall. No passengers were injured and in true Brazilian style, the party continued. The flooding took place in the evening while the vessel was calling in Rio De Janeiro, Brazil on Tuesday, January 24. 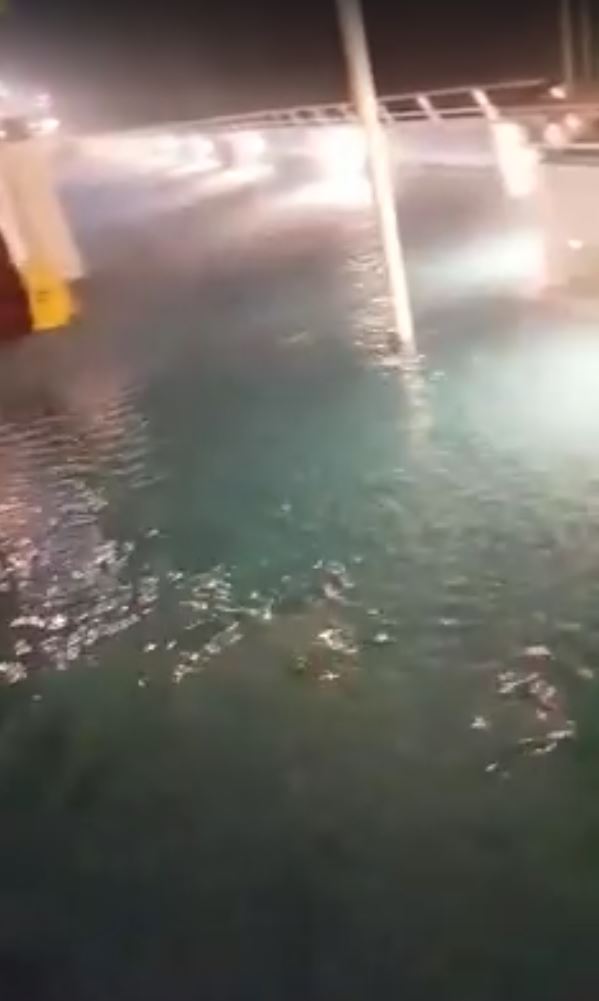 As you can see from the image above the water is at least a few inches high and the ships own drainage system isn’t able to handle that amount. No doubt the ship’s crew cleared the affected areas and pumped out the water.

Costa Pacifica is currently sailing 9-day cruise which departed Buenos Aires, Argentina on January 21. The ship is calling at ports in Brazil and Uruguay before arriving back at its home port on January 29. Costa Pacifica is a 114,300 gross ton vessel and can carry over 3,000 guests at double occupancy.