Costa Concordia To Begin Being Refloated On Monday

The Costa Concordia is finally to be refloated this Monday July 14th. The salvage team will commence on Monday as long as the weather is on their side. The operation will be conformed again the day before its scheduled to begin.

Cruise Hive will post more news reports closer to when the operations begins. The companies involved will also provide further details into the refloating operation.

The last sponson out of 30 has been fitted to Costa Concordia and engineers are now ready to refloat the wreckage.

Once it’s complete the Costa Concordia will be towed to Genoa, Italy where it will be dismantled at The Port of Genova Voltri. The ship is expected to take 4 days to reach Genoa from where it currently is on the Italian island of Giglio. it has been stuck there since it first struck rocks i January 2012. You can read more details about the tow to Genoa here.

You can also read about an earlier article regarding the company involved in towing the Costa Concordia to Genoa which also includes a video. Watch and read here.

Lets look at the basic steps engineers will take to get the large ship on its huge platform which will then tow it back:

Photos By: The Parbuckling Project 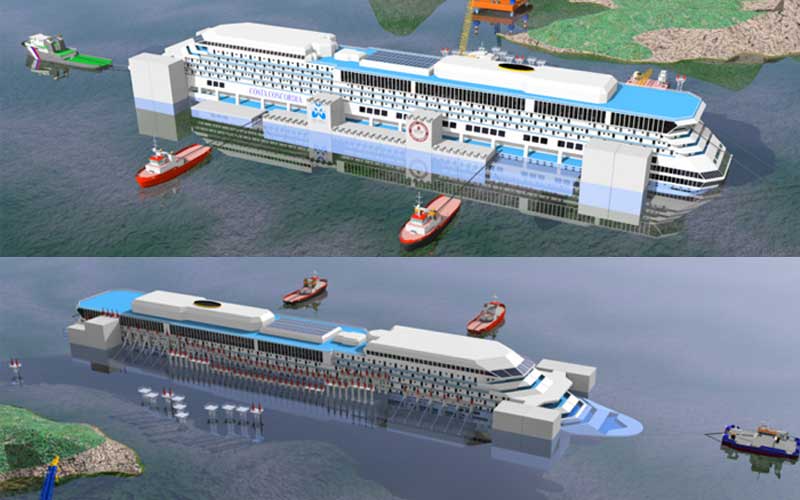