The Ultra-Luxury Silver Muse cruise ship has hit a major milestone at the Fincantieri shipyard in Genoa, Italy.

Construction has officially started on the luxury vessel at the Italian shipyard. To celebrate the milestone and as tradition a keel laying ceremony was held. The action of welding a coin into the keel of the ship is said to bring good luck during the build and to the captain and crew during her later life. Silversea which the new cruise ship is being built for has gone one step further for this keel laying ceremony, 8 coins were welded into the keel. Each coin represents one of the seven continents that Silversea ships sail to, along with a specially designed commemorative Silver Muse coin.

“Today marks a significant milestone for Silversea with the birth of our newest ship. We proudly sail to all seven continents, discovering new destinations and ports with our intimate, boutique vessels, and we are now one step closer to introducing Silver Muse to the fleet.

“With an unprecedented variety of dining options and a design across the ship that encourages open-air cruising, guests will be able to enjoy magnificent destinations as never before. Silversea looks forward to working closely with Fincantieri throughout the construction phase of Silver Muse and in the run-up to her launch in spring 2017.”

From April 2017 Silver Muse will sail throughout Europe, Canada, North and South America as well as the Caribbean, taking in over 130 destinations in 34 countries. Weighing 40,700 GRT, Silver Muse has 298 suites on board which can accommodate up to 596 guests. 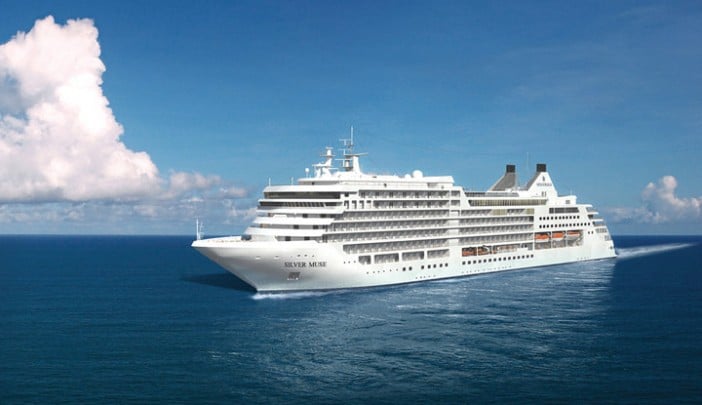