Construction has officially started on Princess Cruises third Royal class cruise ship in Italy. Will be the first vessel purpose-built for the Chinese market.

The new 143,000 gross ton cruise ship’s construction has started at the Fincantieri shipyard in Monfalcone, Italy. The vessel will be purpose-built for the Chinese market and will be the same class as the Royal Princess and Regal Princess.

A special ceremony was held at the shipyard today to celebrate the major milestone. The keel ceremony was attended by shipyard and cruise line officials which is traditional in the industry. From now onwards all the different blocks will begin coming together and over the coming months the blocks will look more and more like a cruise ship.

This third ship in the Royal class will have a slightly larger tonnage but will have the same design. The vessel will carry 3,560 passengers along with some of the best onboard features that Princess Cruises offers. We can expect the ship to have slightly different services and experiences to cater for the Chinese market.

The new ship will make its debut in 2017 and is just 1 ship of many ordered by Princess Cruises parent company Carnival Corporation. Take a look at full list of cruise ships on order including Carnival and Princess Cruises. 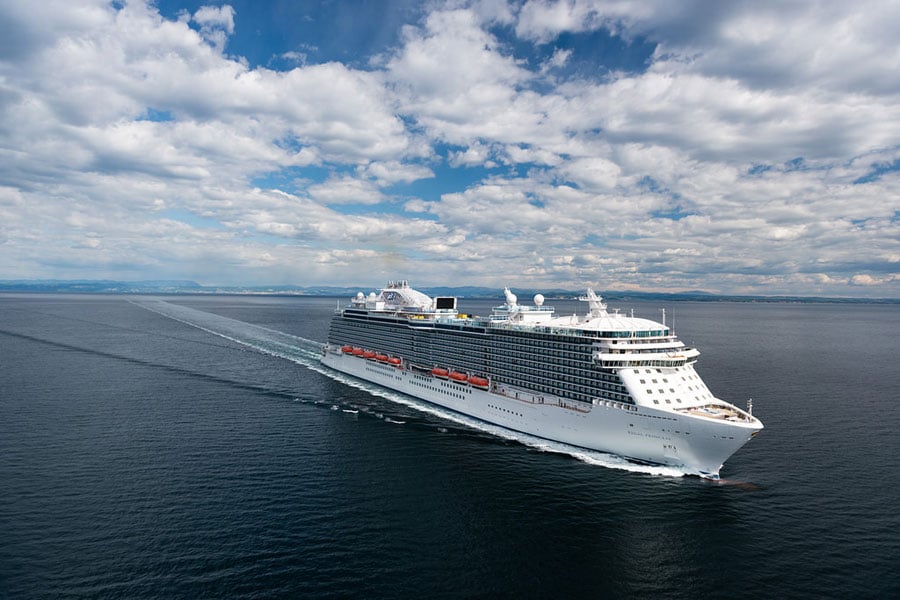