Chinese Icebreaker Getting Near Cruise Ship Stuck In Antarctic Ice

A Chinese ice breaking vessel named the Snow Dragon is getting very close to a cruise ship which has been stuck in the Antarctic ice since Monday evening. There are also two other ships on their way to rescue, A French ship called Astrolabe and an Australian ship the Aurora Australis.

The rescue ships are also under threat from getting stuck in the ice due to freezing temperatures. Snow Dragon will arrive first and by the time this news article is online the rescue ship has probably all ready arrived. The 74 passengers and crew of the stuck vessel could already see the Chinese ship according to reports.

The MV Akademik Shokalskiy which is a Russian cruise ship set sail from New Zealand on 28th November on a scientific mission to study climate changes in the region. At the moment the ship is approximately 1,500 nautical miles south of Hobart, Tasmania and is still expected to arrive back in New Zealand on January 4th.

All the people onboard the research cruise ship are safe and sound and have even spent Christmas being trapped in the ice. Several people have posted to social networks and uploaded videos on you tube. Heres one view from the Russian ship on Christmas Day by scientist Chris Turney who posted to Vine.

Let us know what you think of the developing situation and we wonder if any more vessels will get stuck while trying to rescue the cruise ship. Let us know in the comments below. 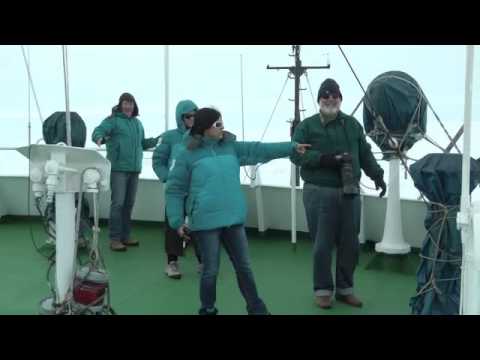