Chinese Actress To Be Ovation of the Seas Godmother

Royal Caribbean has announced Ovation of the Seas godmother, Dr. Zinan Liu, President, Royal Caribbean International revealed Fan Bingbing will become the cruise industry’s first Chinese celebrity star to name an international cruise ship. The announcement was made at a press conference at the Great Hall of People in Beijing.

“We are delighted to welcome Fan Bingbing to the Royal Caribbean family as Ovation of the Seas’ godmother, Bingbing is number one on the Forbes China ‘Celebrity 100’ list and has held that top position for three years making her one of the most influential Chinese stars and in the world.”

“She has received awards from many international film festivals and is recognized as a fashion icon for her extraordinary style on the red carpet, at movie premieres and iconic fashion events. She is innovative, smart, ambitious, trendy and elegant, and that makes Bingbing the perfect person to be selected as the Godmother of our newest ship.”

Fan Bingbing will christen the third Quantum class ship at a grand ceremony in Tianjin, China on June 24,2016. The large vessel will be based out of the port for its inaugural season before deploying to Sydney Australia in the winter. It’s tradition for a newly built cruise ship to have a godmother, Fan Bingbing will bring good luck and divine protection over the vessel and all that sail aboard.

“My father was a singer in the art troupe of the Political Department of the Navy in China. My childhood was filled with the melodies of the sea and I often dreamed about sailing out to sea for an adventure, Now, thanks to this invitation from Royal Caribbean, my dreams will come true.”

Ovation of the Seas was officially delivered on April 8th 2016 and will sail from Southampton, United Kingdom for Tianjin, China on a 52-day Global Odyssey. The ship is 167,800 gross tons and was built by Meyer Werft in Papenburg, Germany. 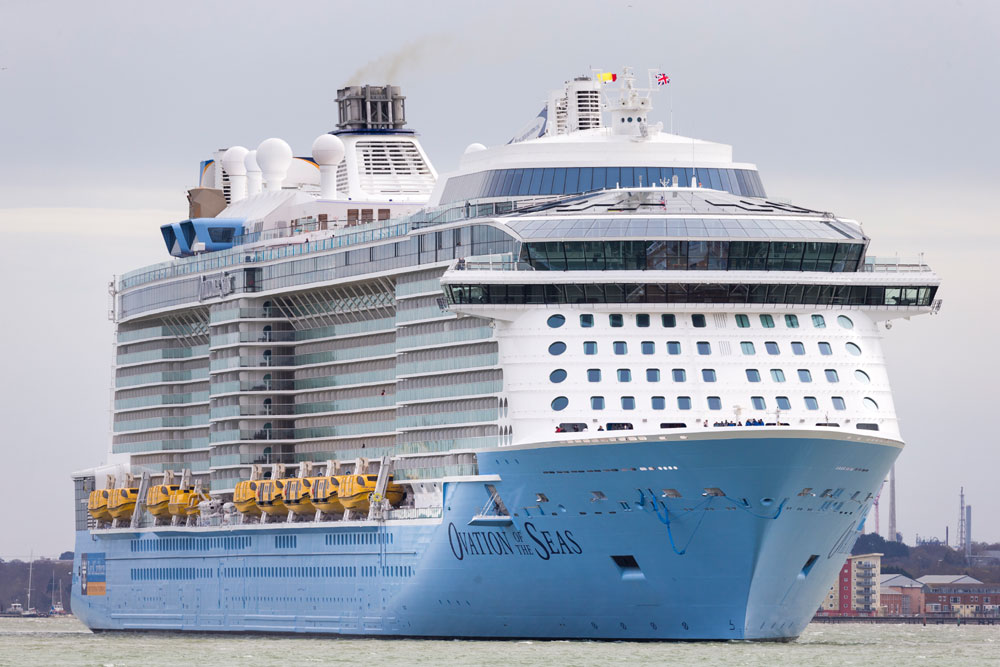