Norwegian Cruise Line will welcome the fourth Breakaway-Plus class cruise ship which is named Norwegian Encore in just a few months time. We’ve got some recent construction photos of the huge vessel at the popular Meyer Werft shipyard in Papenburg, Germany.

The NCL cruise ship is the final in her class and the sister to Norwegian Escape, Norwegian Joy and Norwegian Bliss. She will end a popular class ship as the cruise line will soon head into a new era of new generation cruise ships.

Also Read: 16 Things to Do on a Norwegian Joy Cruise

At the moment the ship is having the final touches with the majority of the exterior already completed along with that bright hull artwork designed by award-winning Spanish artist Eduardo Arranz-Bravo.

Most of the work is now taking place inside the vessel with all the interior spaces coming alive which will provide that wow impact when the first passengers experience Norwegian Encore in early November 2019.

The ship will soon be ready to float out of the Meyer Werft construction hall very soon for the very first time as one entire ship. It will then dock nearby where more final work will continue. Not long after that, the ship will make her River Ems conveyance for Sea Trials in the North Sea and then will just about be ready for delivery to Norwegian Cruise Line.

The new NCL ship will debut out of Southampton, UK on November 2 with a 9-day cruise. She will sail across the Atlantic to the Manhattan Cruise Terminal in New York City. Towards the end of November, Norwegian Encore will begin week-long Eastern Caribbean cruises from Port of Miami through April 2020. The ship will also begin cruising out of New York in 2020, read more about that right here.

Norwegian Encore will be 167,800 gross tons with a guest capacity of 4,000. She will also feature a race track at sea just like some of her sister ships. 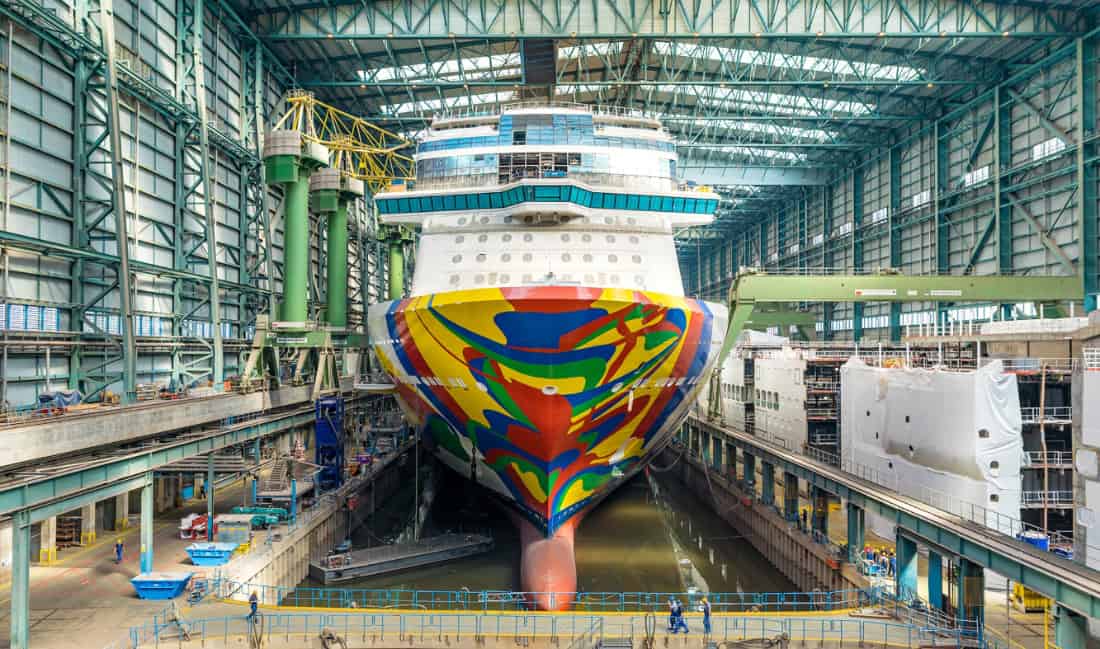