Due to the current situation around the world Celebrity Cruises has taken a virtual delivery of the new Celebrity Apex cruise ship.

Celebrity Cruises has taken virtual delivery of Celebrity Apex, the second Edge class cruise ship. Cruise line executives took over the responsibility of the new ship via a video conference which was also attended by executives from the Chantiers de l’Atlantique shipyard in France which is where the ship has been constructed.

There would usually be a huge celebration at the shipyard to commemorate this event, along with the signing ceremony attended by executives. Due to the current global situation and travel restrictions, however, that was not able to take place at the shipyard.

“Every delivery is unique just as every ship is unique. While the circumstances are quite unique right now, it’s fitting that such an innovative ship as Celebrity Apex would have a digital-age delivery.”

“The day is every bit as meaningful because I know the dedication and commitment from the shipyard team, the onboard crew and our Celebrity shoreside team that went in to bringing this ship to life. Celebrity Apex is a magnificent ship and I am so proud to welcome her into our family.”

This now officially brings an end to construction of the vessel and it is now ready for service. However, with the cruise line voluntarily suspending operations until May 12, 2020, the ship won’t be sailing with guests just yet.

“I look forward to calmer waters when we can welcome guests aboard the newest addition to our beautiful fleet. I have great anticipation for her first sailing out of Barcelona on May 20th.”

The cruise line already announced earlier in the month that Celebrity Apex’s naming ceremony would be delayed until later in the year when the ship is based out of Fort Lauderdale, Florida. The original naming ceremony was set to take place in Southampton, UK, on March 30, 2020. Celebrity Apex is scheduled to begin sailing out of Fort Lauderdale in early November 2020.

The new ship is identical to sister ship Celebrity Edge, which joined the fleet in 2018 taking the cruise line into a new era of cruising. Celebrity Apex is 129,500 gross tons and a guest capacity of 2,910 at double occupancy. 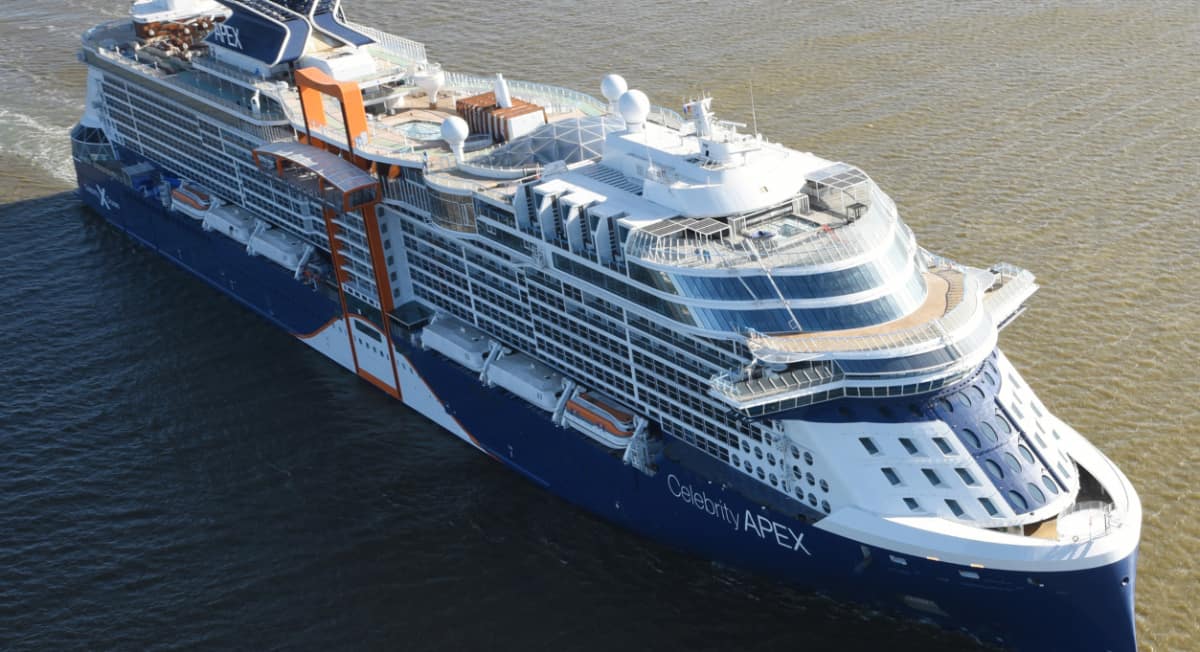