Recognized for its luxury culinary offerings, Celebrity Cruises announced it had received several brand new awards for its elite wine program at sea.

Celebrity Cruises’ wine selection is globally known as the most awarded wine program at sea.  With this year’s awards, the line’s wine program has now accrued more than 100 awards over the past ten years.

Out of over 100 awards won, 15 awards have been just been awarded by Wine Spectator for the 2022 year. Renowned for its wine ratings, Wine Spectator is a publication organization that reviews and awards wines and their venues on a 100-point scale, using a panel of selected critics.

Four of the awards received in 2022 were “Best Of” Awards of Excellence.  The honorary “Best Of” awards were bestowed upon restaurants onboard the line’s Edge Series ships. As with previous years, Celebrity Cruises was the only brand in the industry to receive this respected honor.

The new Celebrity Beyond, the third ship in the Edge Series, received two “Best Of” awards for the wine selection at Le Voyage, Daniel Boulud’s first restaurant at sea; and at its steakhouse, Fine Cut.

“To have our efforts rewarded with this kind of consistent and growing recognition from the experts is very gratifying and it fuels our imaginations for the next decade of perfectly paired offerings.”

In addition to the awards granted to the line’s newer Edge Series ships, Celebrity Cruises has continued to win Wine Spectator awards for a decade throughout its fleet.

Celebrity Cruises offers one of the largest wine collections at sea. Its wine program offers more than 500 selections from the world’s most sought-after wine regions and some of the most acclaimed labels.

Each Celebrity Cruises ship has an educated and knowledgeable team of Sommeliers onboard.  The Sommeliers immerse guests in wine education and assist in navigating the vast selection of wine offerings onboard.

The line offers a variety of experiences with Sommeliers as your guide including World Wine Tours, Food and Wine Pairing Workshops, and Destination Wine Tours.

These experiences allow guests to immerse themselves in education about wine-producing areas around the world, including activities such as winery tours and tastings. Guests aboard can sample wines from across the globe and learn about regional and varietal technicalities.

Celebrity Cruises’ Wine Spectator awarded wine program can be accessed aboard its fleet of 15 award-winning ships. 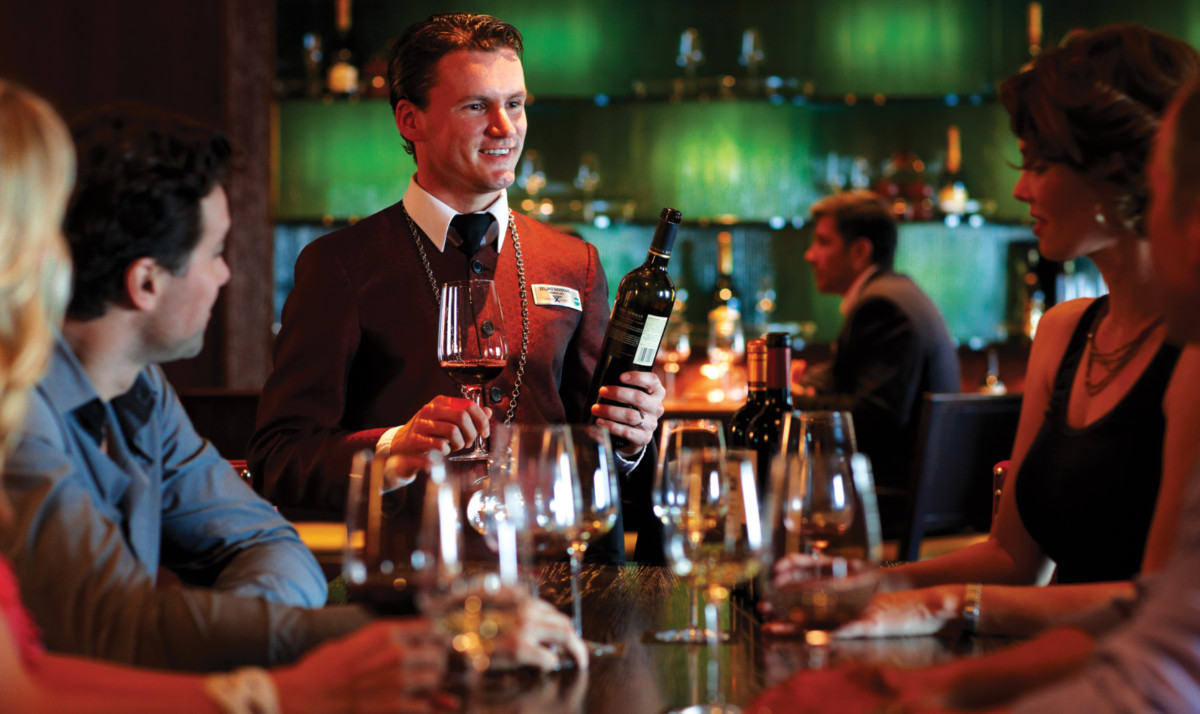