Celebrity Cruises has announced the order of another Edge-class cruise ship from Chantiers de l’Atlantique and is set to be delivered in the fall of 2024.

Celebrity Cruises will continue to expand by ordering a fifth Edge-class cruise ship from the popular French shipbuilder Chantiers de l’Atlantique. Both parties have entered into an agreement for the new-build and the details will still need to be completed.

“Edge class made an immediate hit with Celebrity Cruises guests and is a state-of-the-art example of technical excellence and elegant design.”

“We can’t wait to build the next one.”

The Edge-class vessel will be delivered to the cruise line in the fall of 2024. it will be identical to the Celebrity Edge which joined the fleet in 2018 and Celebrity Apex which is currently under construction. However, with new ships, we always expect something new to be featured so do keep checking Cruise hive for all the latest on that front.

“We are really proud and happy to have built such an outstanding relationship with our customer, based on mutual trust and driven by the spirit of innovation.”

“After the four Millennium-class ships at the beginning of 2000’s and the four Edge-class ships, this is the ninth ship ordered by Celebrity Cruises at our shipyard and it will be the 24th vessel built by Chantiers de l’Atlantique and operated by RCL.  This is a real testimony of the exceptional level of cooperation we reached together.”

The cruise line which is owned by Royal Caribbean will reveal more specific details about the ship closer to the time. Until then we have three Edge-class ships to look forward to and they are coming in 2020, 2021 and 2022. 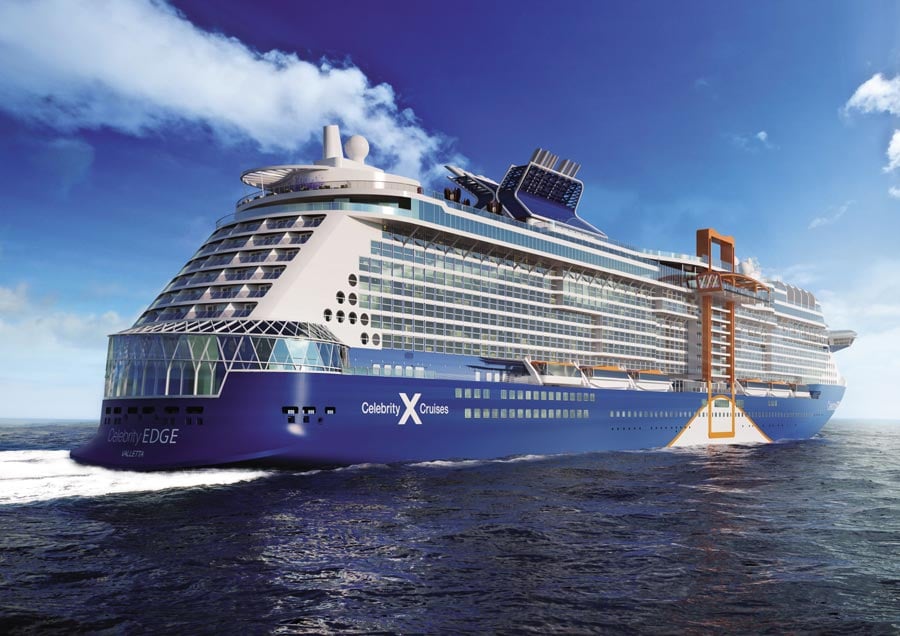