Celebrity Equinox has hosted the first same-sex wedding in the fleet and out of all the major cruise lines.

History has been made on Celebrity Equinox cruise ship with a same-sex wedding at sea. This is the first type wedding out of all the major cruise lines and hopefully, more will follow not just on Celebrity cruise ships but other ships throughout the industry.

Francisco Vargas and Benjamin Gray are the lucky couple to ever be legally married at sea on a major cruise line and marks a major step forward in further openness in today’s society. The historic wedding was officiated by Celebrity Equinox Captain Dimitrios Manetas. The event was held onboard the large Celebrity cruise ship in the Blu Restaurant where vows were exchanged against the signature backdrop of the rose wall.

“Words cannot express how proud I am to congratulate Francisco and Benjamin at this truly historic moment, both for them and for Celebrity. It’s a true privilege to know that the ceremony performed  onboard Celebrity Equinox has made history as the first legal same-sex marriage at sea.”

“Together we are paving the way for couples around the world to know that their love and commitment is to be celebrated equally, and that everyone is welcome on board a Celebrity cruise.”

Back in October Celebrity Cruises announced that same-sex marriages were now allowed throughout the fleet. This was due to a vote in Malta which is where most of the Celebrity cruise ships are registered. Captains across the fleet were given the green light to officiate the ceremonies.

The cruise line offers a full wedding package onboard including a ceremony attended by family and friends, an event coordinator’s services, live music, one hour of photography, cake for two, a bottle of champagne, plus additional romantic turndown amenities post-ceremony, and more.

British-based Cunard Line has also been given the green light for same-sex weddings. Celebrity Equinox is based out of PortMiami and alternates between 7-night Eastern and Western Caribbean itineraries. 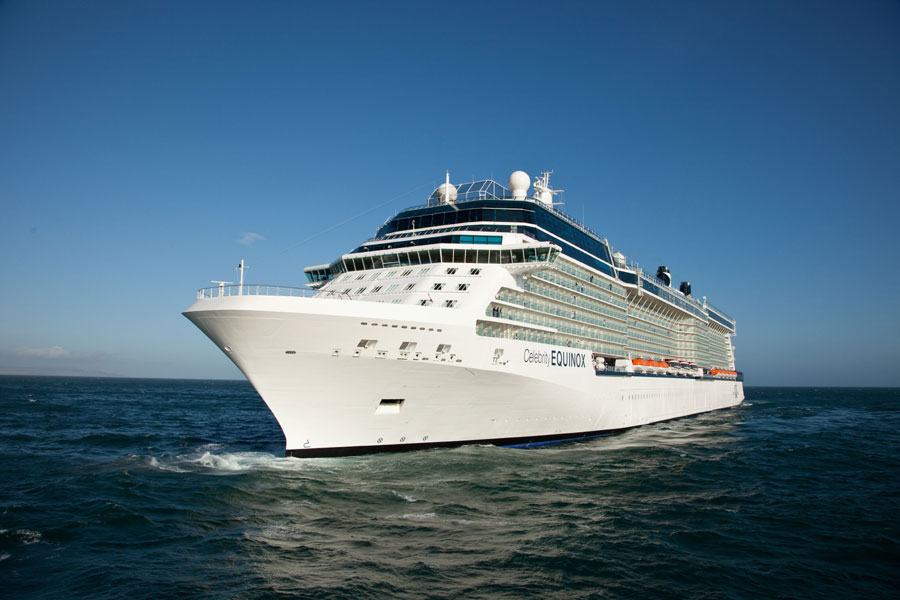