Carnival Cruise Line’s new cruise ship the Carnival Panorama has officially been named during a on board ceremony in Long Beach.

Carnival Panorama which is the newest ship in the fleet has been named during a lavish ceremony held onboard at the Long Beach cruise terminal in California. At the center of the festivities was godmother Vanna White who is well known for being on the popular TV show Wheel of Fortune.

The ceremony was one to remember with White turning a series of letters just like the show she co-hosts. The letters spelled Panorama and once the final letter was turning it triggered the smashing of the Campagne bottle which marks the naming of the vessel.

“I’m incredibly flattered and honored to be the godmother of this ship.”

“Naming Carnival Panorama was truly a special moment, and one I will never forget. I look forward to sailing on her in the future.”

It has been a busy time for the third Vista-class cruise ship with also the ribbon-cutting ceremony for Carnival Kitchen, a new fleet-first culinary class experience. There was the opening of the first Sky Zone Trampoline Park at Sea.

Related: 21 Reasons You Should Take a Carnival Panorama Cruise

Guy Fieri who brought the popular Guy’s Burger Joint and the BBQ venue to reality was also onboard to attend the festivities along with Emeril Lagasse and Rudi Sodamin who will both have new restaurants on the new Carnival Mardi Gras cruise ship in 2020.

“One of the things we are most proud of is the delicious food we offer across our fleet.”

“To celebrate Carnival Panorama’s inaugural with our very own ‘Feast of Fun’ featuring our amazing culinary team both on board and through our partnerships really added to the celebration.”

During the historic day which also brings the first new Carnival cruise ship to the U.S. west coast in 20 years also had the Carnival Airship above. The 128-foot blimp made a return to the skies above along with the fireworks display to conclude the evening of festivities.

The Carnival Panorama is now kicking off a short preview cruise from Long Beach before kicking off her year-round Mexican Riviera cruises on December 14. Week-long sailings will include calls to Cabo San Lucas, Puerto Vallarta, and Mazatlan. 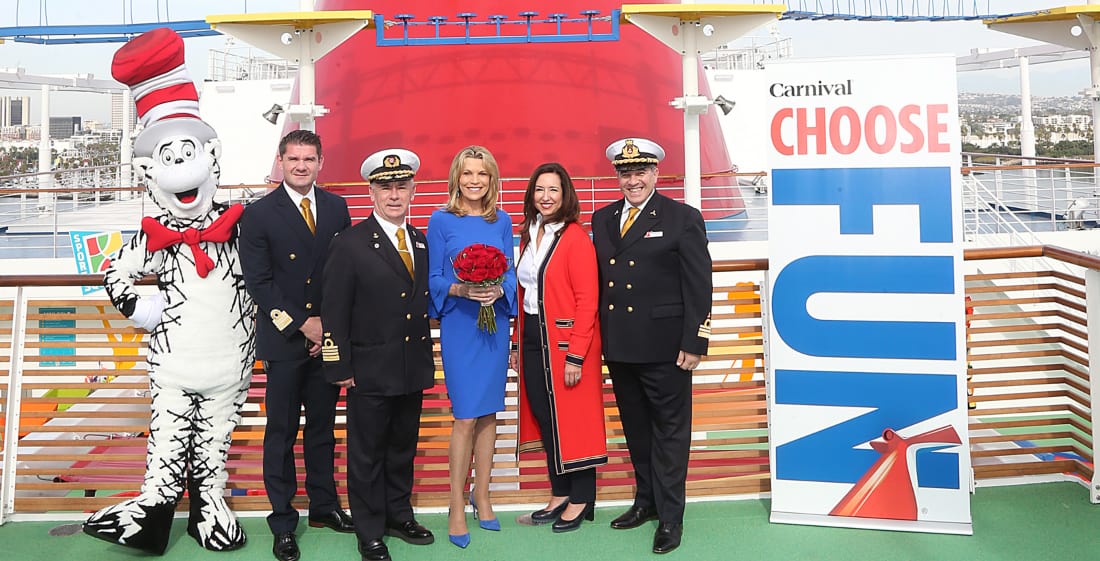