Carnival Vista On Transatlantic Cruise For First Arrival In U.S.

Carnival Vista is currently sailing across the Atlantic in anticipation for its U.S. arrival at the Cape Liberty port in Bayonne, New Jersey.

The newest and largest ship in the Carnival fleet departed Barcelona, Spain on October 21 to begin its voyage towards North America. Along the way the ship is calling in Gibralter, Ponta Delgada and then finally Bermuda. After the last port of call, the ship will sail straight for Cape Liberty for its first arrival in the United States.

Carnival Vista will arrive in New York on November 3 and then on November 4 a gala event will be held onboard honoring Operation Homefront and featuring an exclusive invitation-only concert by seven-time GRAMMY-award winning country music super star Carrie Underwood. A shipboard ceremony will also be held where godmother Miss USA Deshauna Barber will christen the 133,500 gross ton ship. Hundreds of military families will get the chance to spend an overnight onboard to enjoy all the festivities.

The ship will sail its debut cruise from the United States out of Cape Liberty on November 5. Vista will sail a 12-day Eastern Caribbean cruise and then another 12-day cruise to the ship new homeport of Miami, Florida. The ship will arrive at PortMiami on November 27 to begin year-round Caribbean itineraries.

Carnival Cruise Ambassador John Hheald is on the transatlantic sailing and has been keeping everyone updated on his popular Facebook Page. In one the latest posts he mentioned that the ship was going through some rough seas but assured that the captain and crew and doing their best to make the cruise as smooth as possible. As usually when ships sail across the Atlantic, the seas can be rough and the Carnival Vista was met with waves making a lot of noise as they hit the ships hull.

Carnival Vista was built by Fincantieri in Italy and since entering service in May 2016 has been sailing Mediterranean inaugural cruises. The ship is the most advanced in the fleet and brings the very latest onboard features to the fleet. highlights include the first ever SkyRide at sea and an IMAX theater. The ship can carry over 3,900 guests at double occupancy. Carnival Horizon, the second Vista class ship will arrive in 2018. 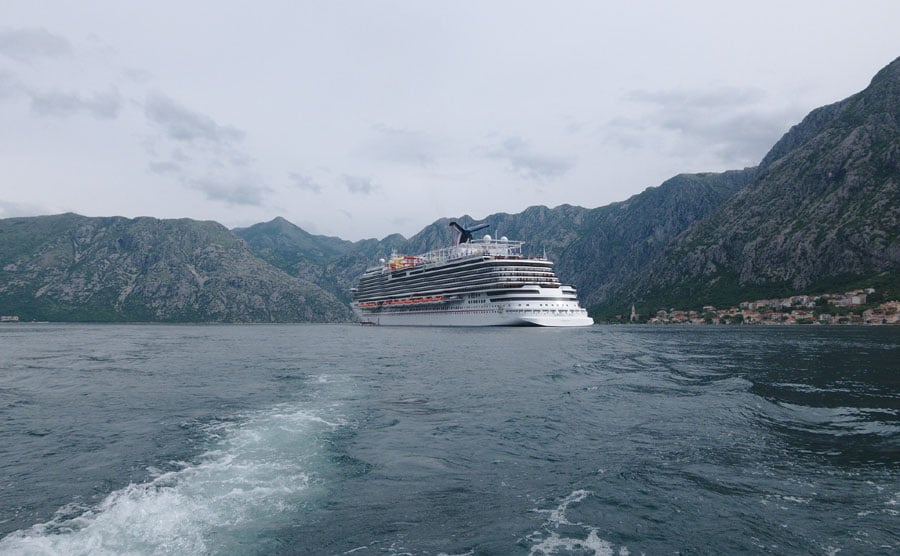