Carnival Vista to Return to Service Earlier Than Expected

Carnival Vista which is currently undergoing a first of its kind floating dry dock in Freeport Bahamas will return to service earlier than expected.

Finally some good news for the Carnival Vista which is currently undergoing the first-ever floating dry dock at the Grand Bahama shipyard in Freeport, Bahamas. The large cruise ship was scheduled to return to service at her homeport in Galveston, Texas on July 27 but we’ve now learned that the ship will in fact return earlier.

You can watch a video posted of the Carnival ship being transferred to the transport ship right here.

The Carnival cruise ship will now be returning to Port of Galveston on July 23. The ship will sail a 4-day Western Caribbean itinerary with a call at Cozumel, Mexico on July 25 arriving at 8:30 AM and departing at 8:30 PM. There will be three fun days at sea providing plenty of time for cruisers to enjoy the repaired vessel.

The ship has been suffering from an Azipod issue which resulted in the cancellation of three cruises and before that cruises were altered due to the low cruising speed.

Carnival Vista will soon be transferred off the large Boka Vanguard transport vessel in Freeport and then sail back to Galveston. It has been a huge undertaking in partnership with Netherlands-based Boskalis to offer the floating dry dock and the Grand Bahama Shipyard.

The shipyard dock has been out of action due to damage taken after a crane collapsed on the Royal Caribbean operated Oasis of the Seas and dock just as refurbishment was about to begin in April.

This sure is great news now that Carnival Vista’s issues are behind her and the vessel can return to regular cruises. The first normal year-round sailing will commence from Galveston on July 27, after the unexpected earlier cruise offering.

Cruises from Galveston: The Pros and Cons

Many of the 1,400 crew members were transferred to other ships in the fleet or went on an early vacation. The cruise line will now be working on getting a full crew count onboard to join those who remained to prepare the ship for her earlier return to service. 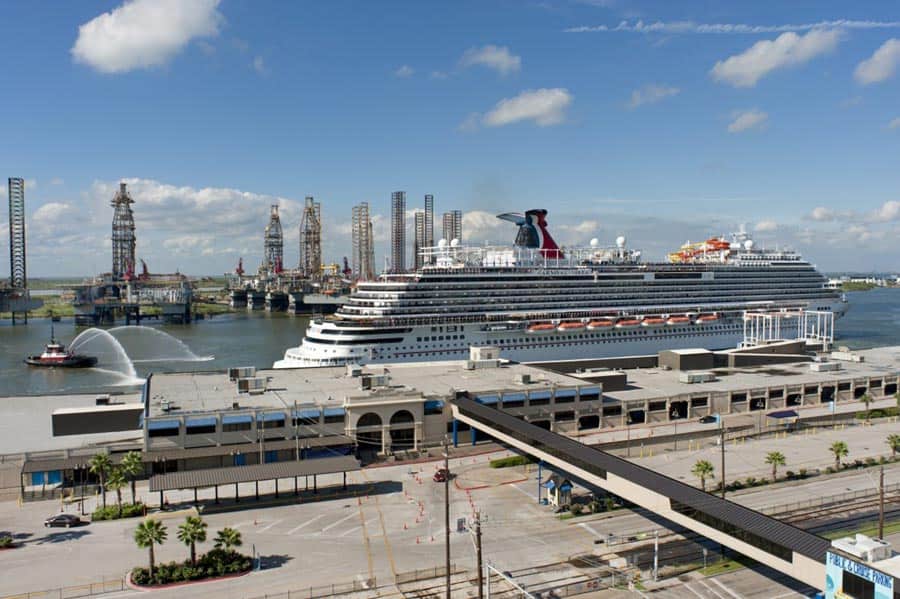