Carnival Cruise Line has informed us that the Carnival Vista will now be able to sail its original itinerary.

Carnival Vista which is the newest and largest Carnival ship is experiencing technical issues including the propulsion.

Cruise Law News is the first to report on this and the popular site even received a notice which was sent by a passenger. The propulsion issue is causing a problem with the ships maximum cruising speed and as a result, the November 16 sailing from New York has been altered.

Carnival Vista is experiencing a minor technical issue that is slightly impacting the ship’s maximum cruising speed. Technicians are continuing to work on the issue however in the meantime it was necessary to make some minor adjustments to the ship’s next voyage.  All future itineraries remain as scheduled.

Carnival Vista is scheduled to sail a repositioning cruise from New York to its new home port in Miami, Florida. The call in Grand Turk on November 19 will be replaced with Nassau, Bahamas with the rest of the itinerary as normal.

The new ship only entered service in May, 2016 and recently arrived in the United States for the very first time. Carnival Vista is to sail year-round Caribbean cruises out of Port Miami from November 27, 2016. The ship is 133,500 gross tons and can carry over 3,900 guests at double occupancy.

Carnival Liberty is also dealing with propulsion problems and Cruise Hive previously reported that the ship is to sail a revised itinerary through November and then swapping home ports with the Carnival Valor. 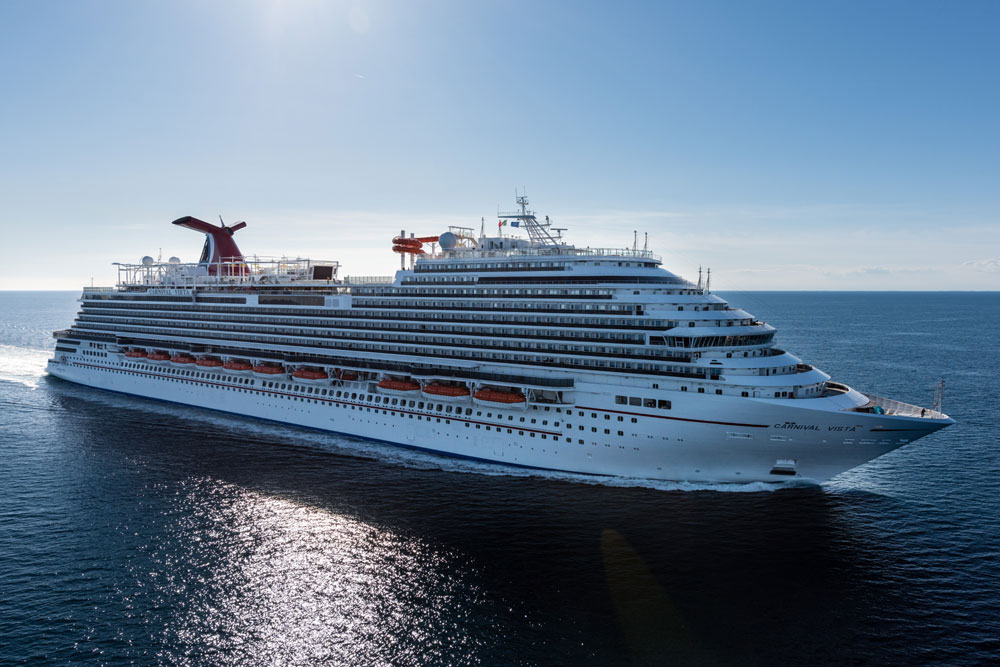