The Caribbean’s newest cruise destination “Amber Cove” will be having the Carnival Victory as it;s first cruise ship visit in October 2015.

The new port of call which is on the northern coast of Dominican Republic is also in the popular region known as Amber Coast. The new port is just outside the historical town of Puerto Plata.

The visit by Carnival Victory is the first of 37 calls by eight different Carnival ships that will take place between October 2015 and April 2016, accounting for more than 100,000 guests during this period. Carnival Victory will spend the 8th of October at Amber Cove all day long.

“Amber Cove is destined to become a cornerstone in creating new itineraries from several U.S. home ports,” said Terry Thornton, Carnival’s senior vice president of itinerary planning.  “It will provide an unmatched combination of ‘fun in the sun’ activities and eco-tourism opportunities along with unique sightseeing, dining and cultural experiences to create a lifetime of wonderful vacation memories for our guests,” he added.

Amber Cove is expected to be a popular choice for passengers thanks to it’s amazing back drop of mountains along with it’s picturesque cove. It will make a change from the usual Caribbean ports that are constantly being offered on cruise itineraries.

The facility will offer two berths that can accommodate up to two large post-Panamax cruise ships simultaneously. Amber Cover will also offer some of the best shore excursions in the region featuring land and water tours.

Amber Cove has plenty of history thanks to the nearby town of Puerto Plata. The town has a long European culture and was named by Christopher Columbus when he discovered the island in 1492.

According to the official Amber Cove site the last cruise ship to visit Puerto Plata was almost 30 years ago. The two new berths will be able to cater for 8,000 guests and 2,000 crew members each day. 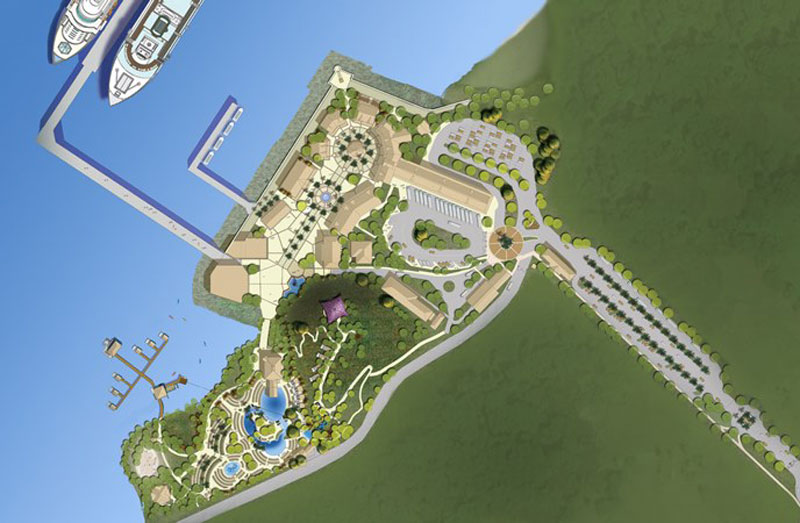