Carnival Cruise Lines continues its commitment in Dominica thanks to Carnival Triumph calling at the port for the very first time.

The 101,500 gross ton cruise ship called at the Caribbean port this week on Feb 18th and docked at the Roseau Cruise Ship Berth. With a passenger capacity of 2,754 and crew size of 1,100, Carnival Triumph sailed to the “Nature Island” from Grenada. This is the Triumph’s only scheduled call to Dominica during the 2014/2015 cruise season.

When a vessel makes its inaugural call at a new port there is a ceremony held including officials from the ship and the port. In this case officials exchanged plaques which are usually displayed onboard.

“We are excited to welcome Carnival Triumph, its passengers and crew,” said Colin Piper, Dominica’s director of tourism. “The relationship between Carnival Cruise Lines and Dominica began in 1989, and we are pleased to build on this long-standing partnership.”

The Carnival Triumph was sailing an 11-night Southern Caribbean cruise which departed Galveston, Texas on Feb 9th. The cruise line has been calling at Dominica since 1989, but stopped in 2010. This is the third CCL vessel to call on the island since 2010. 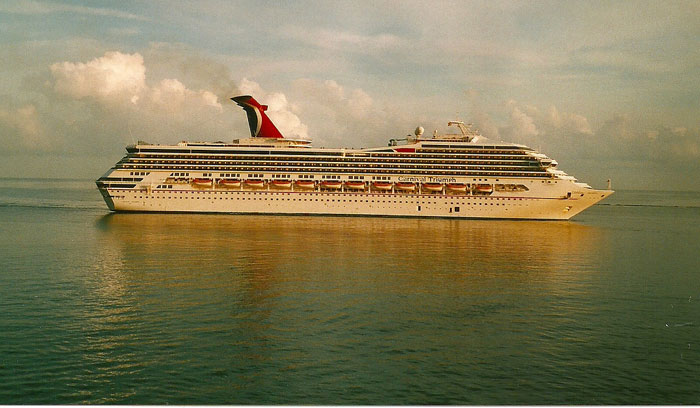