Carnival Triumph has celebrated the beginning of year round sailings from the Port of New Orleans. To celebrate the arrival of the ship the port and cruise line held a charity event with representatives from four local music organizations competing for $35,000 in donations to music charities.

The entertainment charity event included a wide range of acts and performances in a series of hilarious “minute-to-win it” games with Tipitina’s Foundation taking home first prize of $15,000.  The other groups split $20,000 in runner-up contributions toward the charities each were representing. A traditional maritime plaque exchange also took place which was attended by key personnel from the port and the cruise ship.

“New Orleans has been a valued partner for more than 20 years and today’s event was a wonderfully fun and unique way to celebrate the arrival of Carnival Triumph and support some of the city’s most treasured  music organizations,”

“We would like to thank our friends at the Port of New Orleans, the local community and our incredible travel agent partners for their continued support which has enabled Carnival to become the Crescent City’s number one cruise operator,” he added.

Carnival Triumph represents a 34 percent capacity increase on the line’s four- and five-day cruise program from New Orleans. Together with Carnival Dream, which operates year-round seven-day voyages, Carnival is expected to carry 450,000 passengers annually from the renovated Erato Street Terminal, representing the largest ever capacity commitment by a cruise line in New Orleans.  Carnival is the only cruise line to operate year-round from New Orleans and offers the widest variety of cruise durations and itinerary choices from the Big Easy, visiting tropical destinations in Mexico, the Caribbean and The Bahamas. 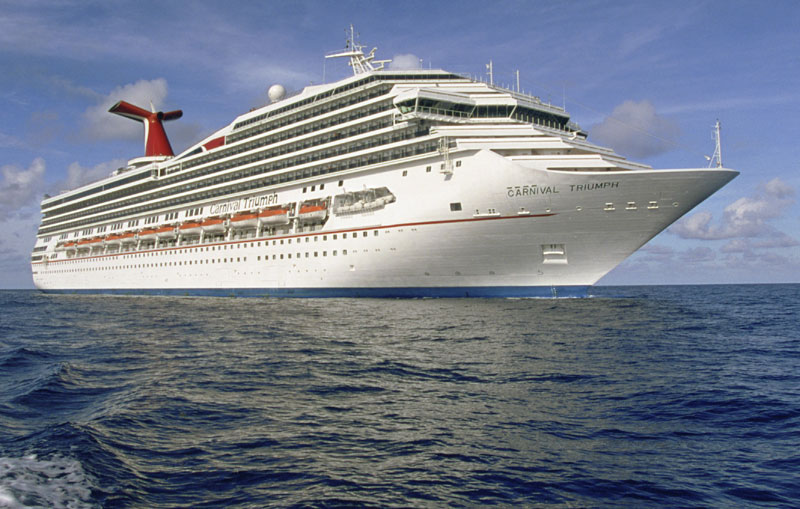