Carnival Cruise Line has teamed up with Thrillist to bring the first-ever comedy competition show at sea.

The cruise line and its team up with Thrillist has brought “Island Hoppers” which is a first of its kind comedy competition show to the Carnival Horizon. The first series of the show is hosted by James Van Der Beek and was recently filmed on the newest Carnival cruise ship during a Caribbean cruise.

“I’m not really a host, and I’m definitely not a standup.”

“But this show is so unique I feel like that worked in our favor. As a writer and actor, I have a huge appreciation for what it takes to get up in front of a room full of strangers and make people laugh, so it was a joy to jump in and play with a group this talented and hilarious. Plus, we all got to be on the Carnival Horizon, which just made everything fun.”

The competition aims to find Carnival’s next comedy star who will perform at the shipboard Punchliner Comedy Club venues. Over the seven episodes which have already been filmed onboard will feature three up and coming comedians compete in different challenges. They will be judged by Punchliner Comedy Club veterans Billy D. Washington, Jodi White, and William Lee Martin.

“Entertaining 5 million guests across 26 ships is not an easy job. We’re always looking for top talent to add to our roster, so finding the perfect comedian is quite the task.”

“That’s why we’re really excited to partner with Thrillist on this new and creative way to bring new comedians to our comedy club roster. Our guests love fun – comedy is part of our DNA – so we’re particularly thrilled that we are able to showcase incredible talent on every sailing.”

The show will be aired across Thrillist social media channels on June 11 just keep a look out for the name “Island Hoppers.”

There are 27,000 shows annually featured at Carnival’s Punchliner Comedy Club across all 26 ships in the fleet. That’s larger than any land based comedy club! The comedy show have long been an iconic park of the cruise line’s lineup of entertainment. Comedian will often meet the ship in port and perform a 30-minute show for family and then another for adults only. 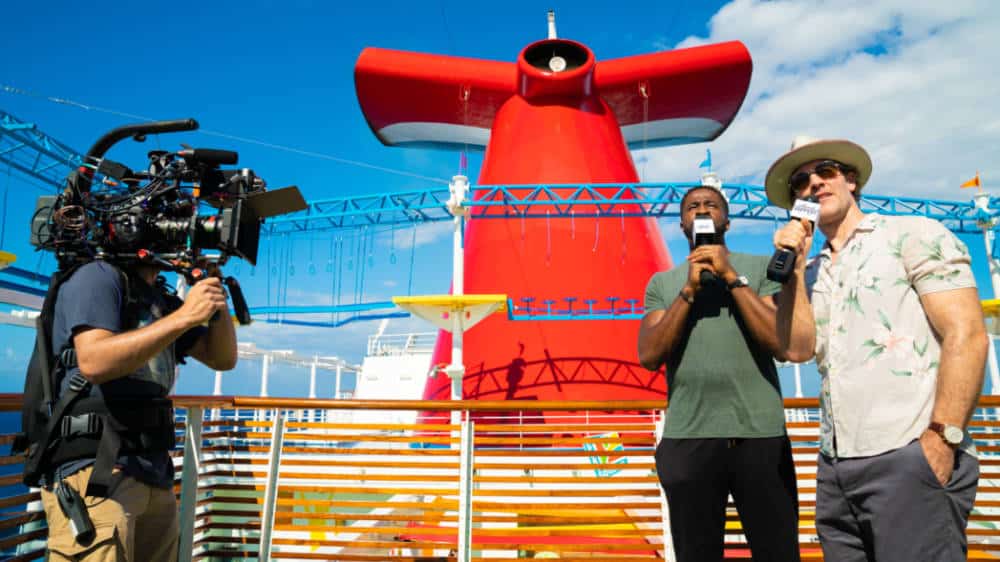