Carnival Cruise Line has released a brand new video of the second Vista class cruise ship. The reason for the video is because the yet to be named ship got floated out old school style, just like the old ocean liners did in the past.

We only got to see the bow of the ship which is a huge block constructed at the yard just outside Naples, Italy. In the video hosted by Peter Gonzales we get to see how it’s done and highlights of the traditional launch ceremony attended by Carnival Cruise Line President and CEO, Christine Duffy.

Watch the video below:

Now the large block will join other sections of the second Vista class ship at the Fincantieri shipyard in Monfalcone, Italy. The vessel will make its debut in early 2018 and will be sailing in Europe. Stay tuned for more updates on the future cruise ship and the cruise line will be revealing further details in the months to come. 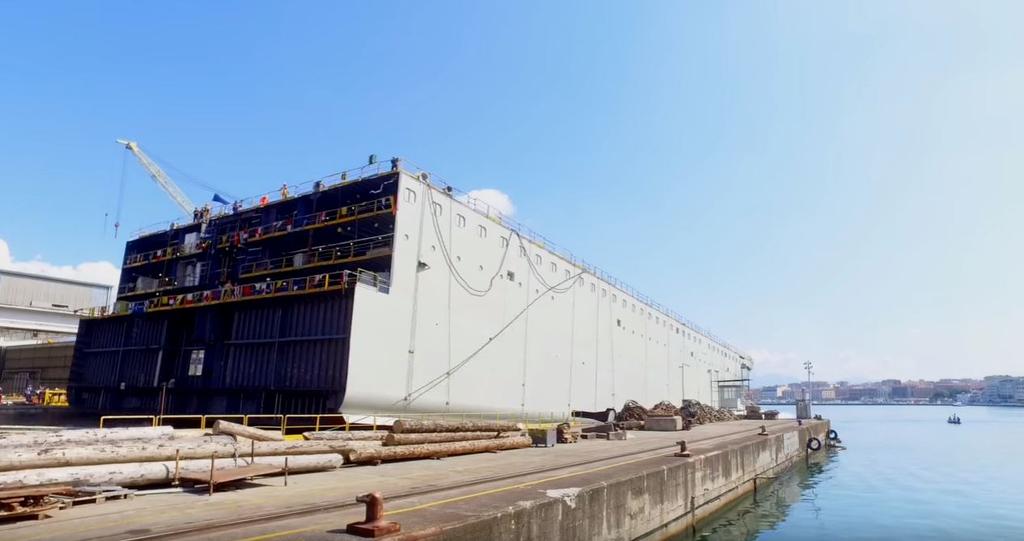