Carnival Cruise Line has released a new video showcasing the first rollercoaster at sea which will be featured on the new Mardi Gras.

The cruise line has put together a brand new video that showcases the first rollercoaster at sea that will be featured on the new Mardi Gras when she debuts in February 2021.

With today being National Rollercoaster Day, Carnival has decided to have a new video highlighting the much anticipated new feature named BOLT. The video was shot in Munich, Germany when the rollercoaster was being tested by the manufacturer Mauer Rides.

We get to see behind the scenes of BOLT and what went into building the top deck attraction. It’s impressive to see what goes into making such a thrilling feature that guests will be able to ride. BOLT is nearly 800 feet long and is a suspended track with speeds of up to 40 miles per hour.

You can watch the video below which is hosted by Matt Mitcham who will be the Cruise Director for Mardi Gras:

We get to see the factory in Munich where the ride has been developed and the process is all explained bf Maurer Project Manager Marco Hartwig along with Steve Bony of Maurer Business Development. It’s interesting to know that after testing the ride is dissembled and then shipped to the Meyer Turku shipyard in Finland where the vessel is currently under construction.

Having a test before the ride is installed on the cruise ship is extremely important to make sure it can function correctly and be safe for guests to enjoy. It will be interesting to see how the ride is maintained after the ship has entered service as we saw plenty of closures during cruises on the Vista-class SkyRide feature.

Maurer Rides is also developing the longest roller coaster at sea which will be featured on the 208,000 gross ton Global Dream cruise ship, you read more about that right here.

Guests will be able to start enjoying the BOLT rollercoaster when the largest ever Carnival cruise ship begins sailing from Port Canaveral, Florida on February 6, 2021. The ship has been delayed twice already so hopefully it will be worth the wait! 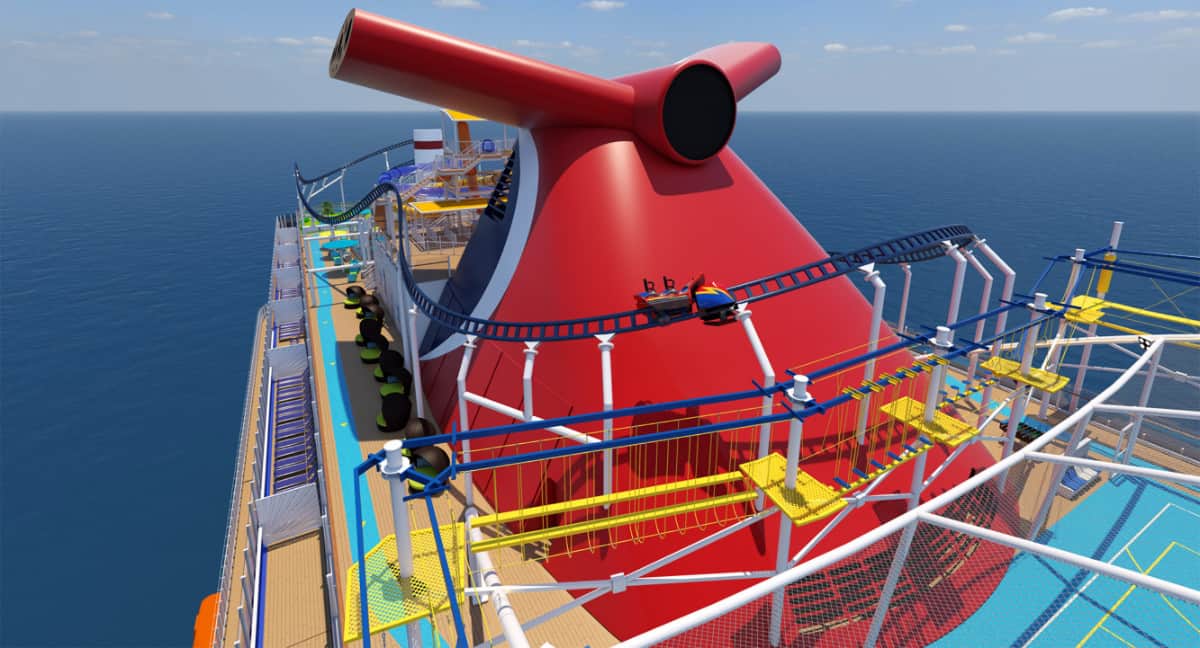