Carnival Corporation CEO Donald Arnold provided a business update today in a press release. The press release included updates on the resumption of guest operations in Europe, with both Costa Cruises in Italy and AIDA Cruises in Germany, the accelerated sale of less efficient ships, Finances, and of course, the status of Health and Safety protocols for both the European as the U.S. fleet.

Costa Cruises, with the Costa Deliziosa and Costa Diadema, has already got two voyages under its belt, and AIDA is planning to set sail next week. According to Carnival, these brands are the beginning of the company’s anticipated gradual, phased-in resumption of guest cruise operations.

While the voyages have sailed and will continue to sail with reduced numbers, the protocols are regularly reviewed and updated daily. These will then serve as a benchmark for the other Carnival ships worldwide. That being said, Carnival is exceptionally pleased with the progress that Costa cruise has made:

Costa is the first cruise company to earn the Biosafety Trust Certification from Registro Italiano Navale (“RINA”). The certification process examined all aspects of life onboard and ashore and assessed the system’s compliance with procedures aimed at preventing and controlling infections.

Carnival also believes that the fact that they are incredibly well-placed geographically with their different brands; they will be able to resume cruises more efficiently and sooner:

Many of the company’s brands source the majority of their guests from the geographical region in which they operate. In the current environment, the company believes this will benefit it in resuming guest cruise operations.

Carnival is encouraged that the CDC has only extended the No Sail Order by one month. However, while hopeful with the signs that they have from the constant conversations in the States, there is no certainty that cruises will resume this year.

Since March 2020, Carnival has started the removal of outdated and less efficient ships from its fleet. Ten ships are out already, and another eight will leave in the fiscal year of 2020.

This represents 12% of Carnival’s total capacity, yet only 3% of operating income. Therefore Carnival expects to be a leaner, more efficient company after the pandemic.

As for the new vessels underway, Carnival Corporation expects only two of the four ships initially scheduled for delivery in 2020, following the pause’s start to be delivered before the end of fiscal 2020. Including Enchanted Princess, which was delivered last week.

The company also expects only five of the nine ships initially scheduled for delivery in fiscal 2020 and 2021 to be delivered before the end of the fiscal year 2021.

The company currently expects nine cruise ships and two smaller expedition ships of the 13 ships initially scheduled for delivery before the end of the fiscal year 2022 to be delivered by then.

This, of course, is a massive set back financially for Carnival Corporation, yet they do expect that the average age of the fleet will drop to only 12 years old by the end of 2022, which is a great number to move forward on.

While many numbers can be taken away from the Press release, for the main part, things do not seem that bad for Carnival Corporation.

Although the stock price went down 2,5% after the announcement this morning, the company still has some $8 billion in cash, and its burn rate is averaging at about $650 million per month. This means Carnival has about a year before it lands in serious trouble.

That being said, Carnival has made some serious and successful movements on the stock market. With that, Carnival Corporation has made $12.5 Billion through several financing transactions.

So what can we take away from all this? First of all, Carnival Corporation seems to be in relatively good health financially. The fat years have been good for the company, which is the only reason they are still able to survive today.

Also Read: Which Carnival Cruise Ships are Scheduled to Sail in 2020?

Other than that, while Europe’s cruise lines offer a good perspective, it certainly isn’t a cash cow. Carnival Corp. will need all of its ships to be at least 70-75% occupied and operational to be financially stable. Whether or not they will be able to make that work in the next few months remains to be seen. 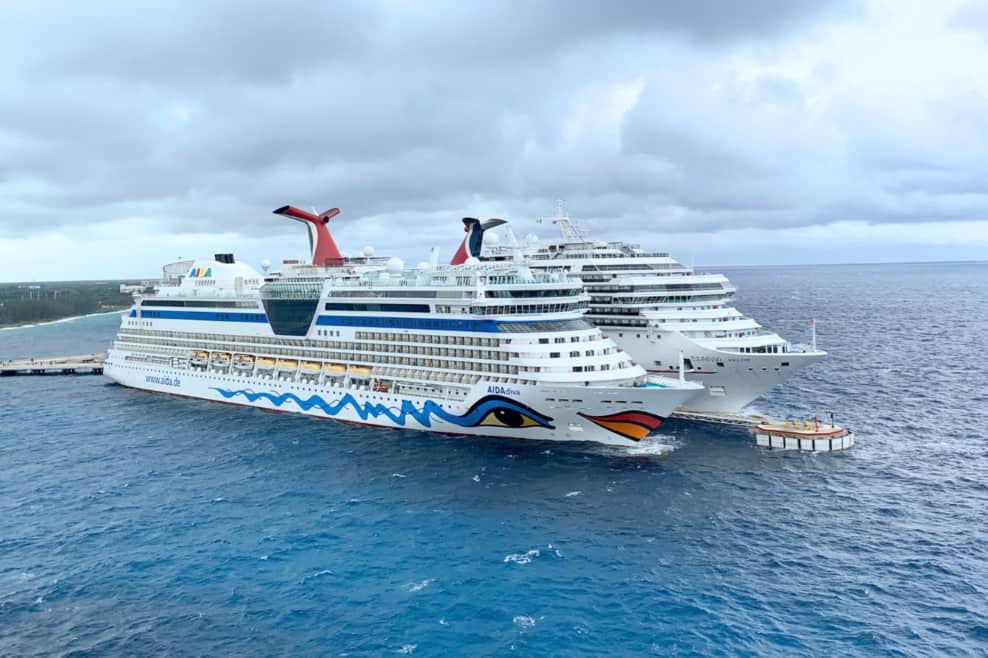