Carnival Panorama, which is currently sailing its first return voyage out of California to the Mexican Riviera, suffers from a technical issue. As a result, the cruise line has adjusted the ship’s call at Cabo San Lucas today.

The third Vista-class cruise ship is suffering from an issue related to its maximum cruising speed. Carnival Cruise Line sent out a letter to guests on August 25 letting them know about the problem and that their time at Cabo San Lucas on August 26 would be altered and with a delayed arrival back at the Port of Long Beach in California on August 28.

The cruise line said in the letter, “We are experiencing an issue that is impacting the ship’s maximum cruising speed. As a result, our return to Long Beach will be later than scheduled, and we now expect to arrive at approximately 10:30 AM on Saturday.”

Today, the call at Cabo San Lucas has been altered to make sure the ship does arrive back home at the new arrival time. Originally, the Carnival Panorama had an arrival time of 7:00 AM and a departure time of 3:00 PM. Instead, the ship already arrived earlier at 6:00 AM and will depart an hour earlier at 2:00 PM.

Carnival has informed guests that their shore excursions booked through the cruise line will adjust accordingly, and if any tour is impacted, they will be contacted individually. Those who purchased Carnival’s Fly2Fun air would have their flights adjusted automatically if scheduled before 2:00 PM.

The cruise line will reimburse up to $200 per person for guests who have to change their flights scheduled before 2:00 PM.

Carnival Panorama is currently sailing a seven-day Mexican Rivira cruise that departed Long Beach on August 21. The ship already completed scheduled calls at Puerto Vallarta and Mazatlan as normal before the technical issue came to light.

The ship first started sailing in December 2019 and is the second newest ship in the fleet at 133,500 gross tons and a guest capacity of 4,008 at doubler occupancy.

Cruise Hive last reported a similar issue with the Carnival Dream, which was also in August but back in 2019. In June 2019, sister ship Carnival Vista also had an issue with its maximum cruising speed resulting in changes to its itinerary. 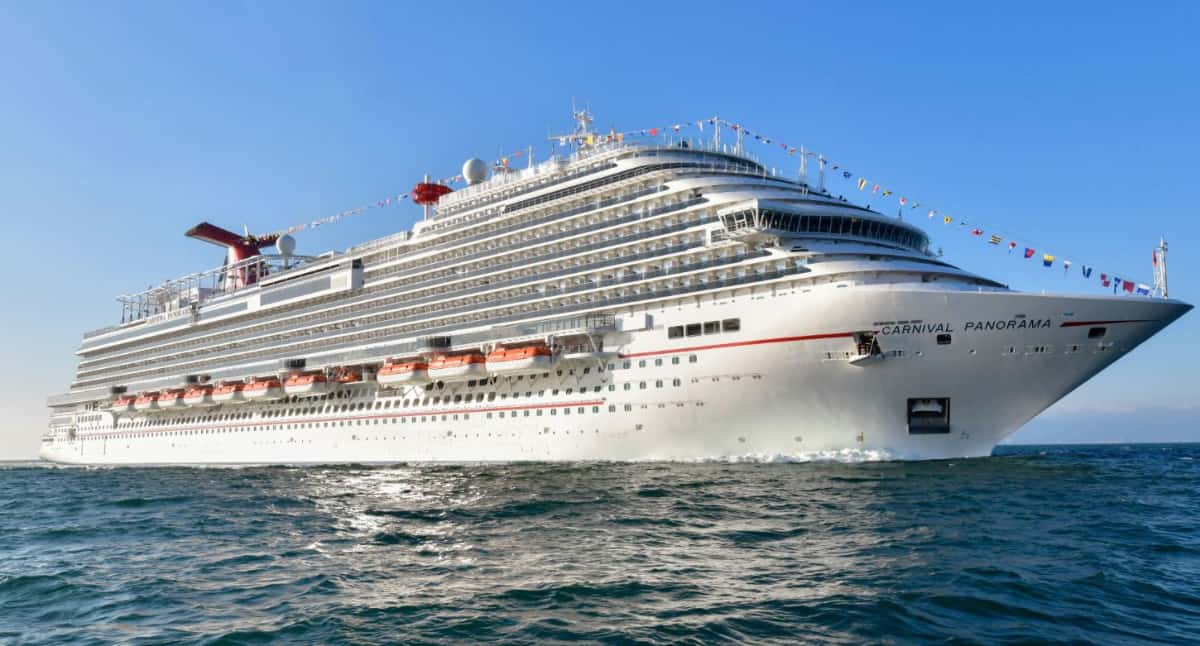