Is Carnival About To Order Some New Cruise Ships?

At the moment the Carnival Corporation has been quite on the new cruise ship order topic but could the worlds largest cruise company be on the verge of ordering 1, 2, or even 3 new vessels?

According to cruise industry analyst Robin Farley from UBS Investment Research Carnival could order new ships by August this year which could be constructed by 2017. According to Robin Farley the company does not have any new ships launching in 2017 across any of its cruise brands. If Carnival wants a new cruise ship for 2017 then the window to order is almost over.

[quote_box_center]“We believe Carnival could order two ships this summer for 2017 delivery, since the company currently has no ships on order past 2016,” Farley wrote in today’s research note to investors. “We see almost no chance of them ordering more than the two-three ships per year to which they have limited themselves, and in fact for 2017, a one-ship year could be more likely than a three-ship year. We think any 2017 delivery would have to be ordered by this August.”[/quote_box_center]

She has also mentioned that Holland America Line is the brand most lightly to have a new cruise ship as it’s the only brand not having any new ship builds apart from the Pinnacle class vessel that’s being constructed by Fincantieri in Italy right now. Princess Cruises would also not have had a new ship for 2 years since Regal Princess by 2017 so that brand is also in the running for a new cruise ship. Also Costa Cruises could possibly have a new ship ordered with an expansion in Asia as that’s where the focus is these days.

All the other brands including Carnival, Germany’s Aida Cruises, P&O, Cunard and Seabourne Cruise Line would all of just had new ships by 2017 or are not growing fast enough for one. Carnival Cruise Lines would have just launched the Carnival Vista so it makes no sense to order another.

Farley has also stated that ” even the potential Virgin cruise start-up would be extremely unlikely to order for 2017.” Virgin Cruises has not long been set up and may not have a cruise ship until 2019.

Royal Caribbean will be launching several large new ships between 2016 and 2018 including a third Oasis class vessel, a third Quantum class vessel and even a fourth Oasis class vessel by 2018. MSC Cruises have already released it’s up coming ships including the Seaside class and Prototype class. Norwegian Cruise Line will be launching the Norwegian Plus ships including Norwegian Escape and Norwegian Bliss. Even Asia’s Star Cruises has ordered two huge 150,000 tons ships to be delivered by 2016 and 2017. So it’s now the Carnival Corporations turn to announce new ship orders. 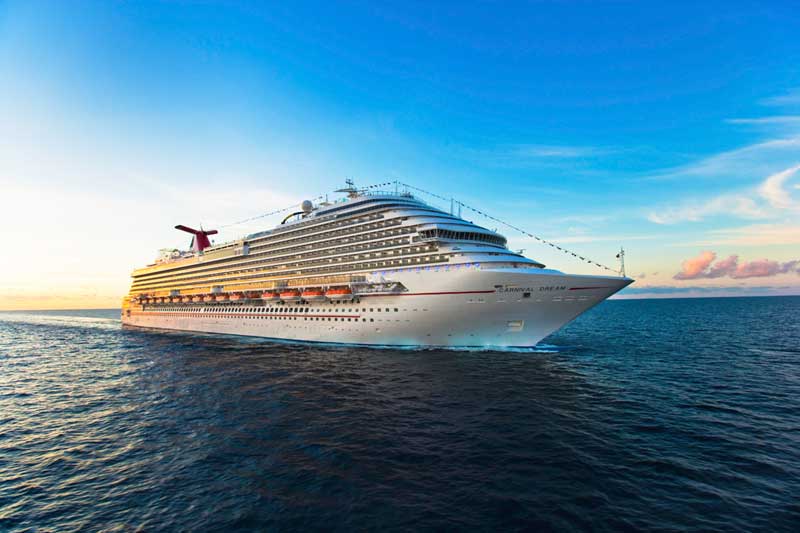