The Mardi Gras cruise ship which is the largest ever constructed for Carnival Cruise Line has departed on the second round of sea trials.

The Carnival cruise ship Mardi Gras has set off on her second round of sea trials from the Meyer Turku shipyard in Finland. According to the Cruise Ship Tracker, the new vessel departed just after 9:00 AM local time and is now sailing in the Baltic Sea.

No details have yet been released about the sea trials, but they usually last several days and cover a wide range of technical aspects that can only be done at sea. These include propulsion systems and making sure the Mardi Gras is seaworthy.

Sea Trials are an important part of the construction process, and Mardi Gras has already completed her first set of trails in October, as Cruise Hive posted here. The first sea trials lasted for 10 days at sea before returning to Turku, Finland.

Mardi Gras is the first in the fleet powered by Liquefied Natural Gas (LNG), so making sure there is an understanding of the new systems is more important than ever. Bridge and engine crew will need to familiarize themselves with the new ship before official sailings begin in 2021.

What’s Next for Mardi Gras?

Once sea trials are complete, work will continue on the vessel at the Meyer Turku shipyard’s wet dock. The majority of construction has already been completed, and even the interior spaces are in the completion stages. Cruise Hive already posted photos from inside the Mardi Gras last month, and work has been coming along nicely.

The first roller coaster at sea named BOLT has already been installed, and tests are well underway on one of the most anticipated cruise ship features Carnival has ever introduced.

The XL-class Carnival cruise ship will finally be delivered to Carnival Cruise Line before the new ship debuts in February 2021. The ship has been delayed twice due to the suspension of operations in the cruise industry and the impact on the shipyard.

Mardi Gras will sail week-long itineraries in the Caribbean, and there will undoubtedly be new health measures in place to make sure guests and the crew can remain safe. Carnival has suspended all operations from North America until January 2021, and before any sailings can begin, the cruise line will need to follow requirements for the CDC Conditional Sailing Order. Hopefully, Mardi Gras won’t be delayed again. 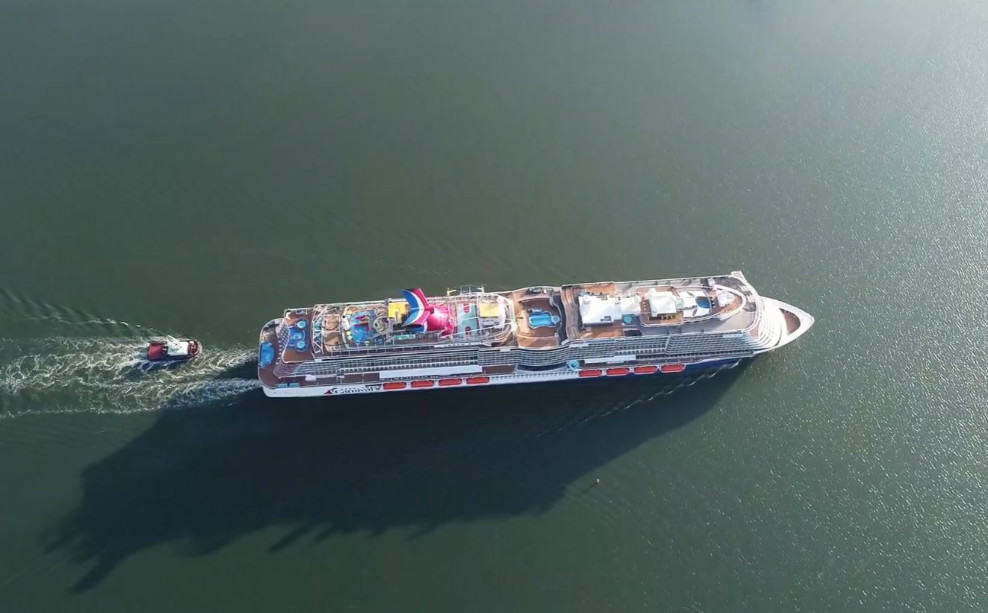