The Carnival Magic which is one of the largest cruise ships in the Carnival fleet returned to Galveston, Texas this morning (October 19th) after an Ebola scare.

The ship docked at around 4:30 am. The passenger who was a lab worker at Texas Health Presbyterian Hospital and her companion both departed the vessel after the CDC tested for any Ebola infection.

You can read Cruise Hive’s previous report but if you didn’t here is a recap of what happened. The Center For Disease Control (CDC) got in touch with Carnival Cruise Lines notifying them that a passenger onboard the Carnival Magic may have come in contact with Ebola samples. The samples were from Thomas Eric Duncan who was infected with Ebola and sadly died in a Texas hospital.

The passenger was a lab technician at the same hospital and could have come in contact with Duncan’s samples. Carnival Cruise Lines was quick to act by releasing press releases and having the passenger in question isolated in her cabin. Apparently the passenger offered to be isolated. The  incubation period had not yet been reached and there was a low risk of the passenger still being infected with Ebola.

The problem was for the other guests onboard as the ship was refused to call at Belize and Cozumel on its western Caribbean cruise. Guests were given credits for the missed ports but questions will be raised why this female lab technician was allowed to cruise just 19 days after handling samples of the virus. Did her selfishness ruin the cruise for the other guests?

Well now a new statement has been released by Carnival after the Carnival Magic docked back in its home-port of Galveston, Texas:

This morning, Carnival Magic docked at approximately 4.30 am.

Healthcare authorities boarded the ship to conduct a final health screening of the lab worker from Texas Health Presbyterian Hospital. Additionally, a blood test conducted by health officials has confirmed the individual is not infected with Ebola. Following customary U.S. Customs &amp; Border Protection clearance procedures for returning cruise passengers, the individual and her companion departed the ship to return home on their own.

Normal debarkation for the balance of the passengers commenced at approximately 7 am.

No special cleaning requirements of the vessel have been requested by health authorities.  Nonetheless, to provide added assurance for our guests, we are undertaking a very comprehensive and aggressive cleaning and sanitizing initiative prior to guests boarding for the next voyage.

Guests for the next voyage are expected to begin boarding around 1pm  and the ship is expected to depart on its next cruise later this afternoon.

When the health care worker boarded the ship last Sunday, she was not in a risk category that required restriction of movement based on CDC guidelines.  However, by mid-week she had been moved into the active monitoring category based on changes in CDC protocol. She had been self-monitoring her temperature up until the point on Wednesday that CDC asked us to have our medical professionals monitor her.  This individual was always considered very low risk and at no point in time during the course of the cruise did she exhibit any symptoms of illness.  Today is day 21 of her incubation period and she and her companion were allowed by health authorities to travel home on their own.

Carnival have also put into action ways to stop this from happening again and detecting Ebola. Cruise Hive did contact all major cruise lines regarding Ebola procedures last month but didn’t get any reply. It seems this scare has now made the Miami based cruise line come up with a procedure last-minute.

Here is what Carnival is doing:

Carnival, like other cruise lines, is requiring medical screening questionnaires of all guests prior to boarding a ship.  That questionnaire covers areas such as travel  history, any contact with individuals who have traveled from the West African areas of concern as well an additional question added this week that relates to having had any contact with someone who has been diagnosed with Ebola.  “Yes” answers to any of these questions triggers a secondary screening which may result in denied boarding.

Cruise Hive will keep readers informed of any more developments within the cruise industry when it concerns Ebola. Feel free to post your comments below about the Carnival magic Ebola scare. 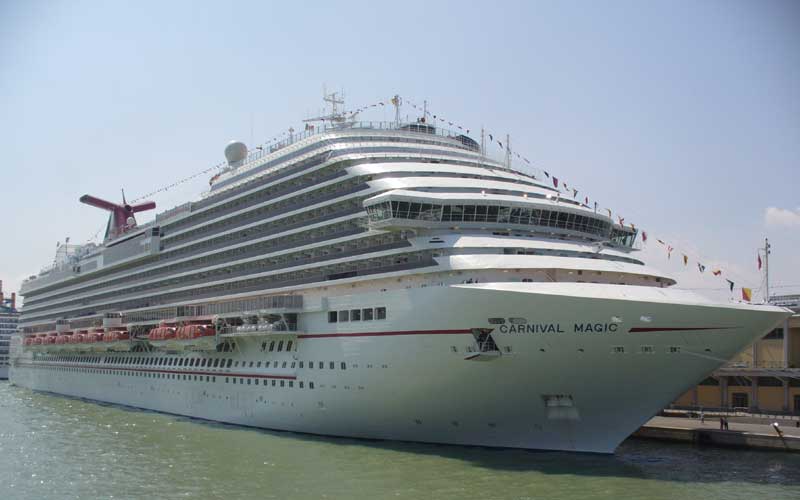