Carnival Cruise Line and Port Canaveral, Florida celebrated the arrival of the 130,000 gross ton Carnival Magic. The ship has now started sailings from its new home port in Cape Canaveral. The ship also celebrated the grand opening of its newest dining venue.

“Port Canaveral is one of our most popular and fastest-growing homeports and we now have four exceptional ships based there offering our most highly-rated guest features, a huge array of staterooms and suites with private balconies and a wide variety of itinerary choices,”

Carnival Cruise Line is the number one cruise operator at port Canaveral with the Carnival Magic joining Carnival Victory and Carnival Valor on year-round departures from the Space Coast, as well as the Carnival Sunshine which operates seasonal sailings. All the ships together will carry more than 650,000 guests annually from Port Canaveral.

Carnival magic is sailing a special 3-day inaugural cruise to Nassau, Bahamas and will launch year-round 7-day sailings from the Space Coast on April 23, 2016. The 3,650 passenger ship will offer Eastern and Western Caribbean itineraries. 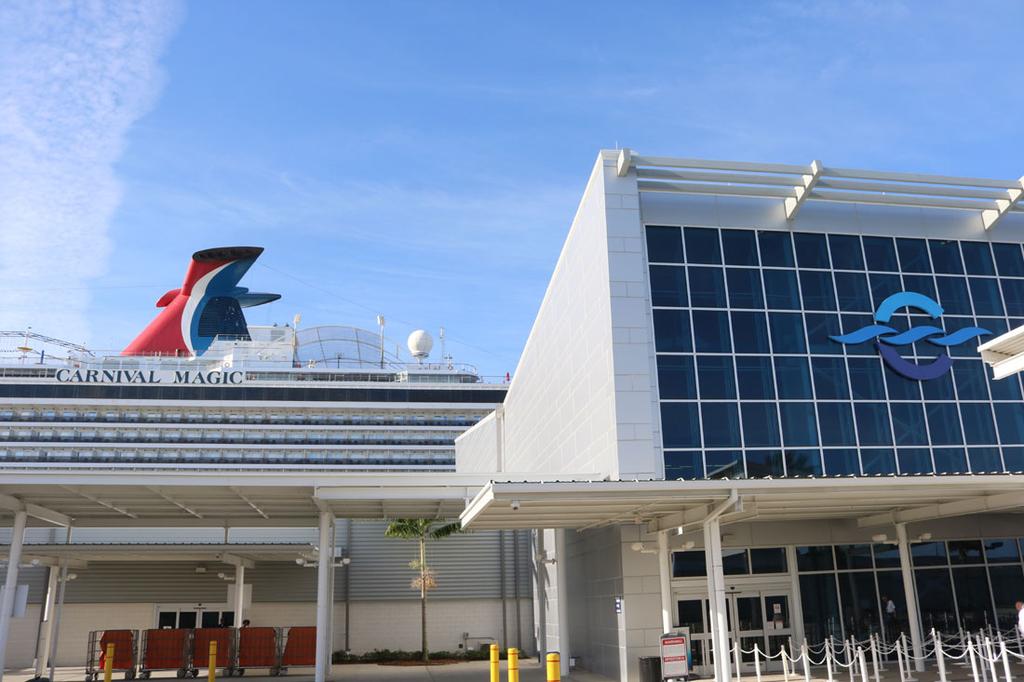