Carnival Liberty becomes the latest Carnival Cruise Line ship to fail USPH inspections. The ship is also first in the fleet to fail in 2018.

Carnival Liberty which is operated by Carnival Cruise Line is the first ship in the fleet to fail USPH (United States Public Health) inspections in 2018. The CDC (Centers for Disease Control) released a report including violations the ship made when inspections took place on January 4.

Carnival hasn’t had much of a good time recently when it comes to USPH inspections, we’ve already posted about three other Carnival cruise ships failing at the end of last year including Carnival Triumph, Carnival Breeze, and Carnival Vista. Now Carnival Liberty is added to the list of failing ships with many violations and not passing the checklist by the CDC inspectors.

Carnival Liberty is a popular ship in the fleet and it comes as a surprise that it has failed the inspections for the first time in its history even though in August 2017 the ship did just about scrape through with a pass mark of 86. Any cruise ship which receives a score of 85 or lower is classed as a failure. In the most recent inspections on January 4, the Carnival Liberty received a fail score of 80.

You can read the full report from the CDC here. There were violations in many parts of the galley which is an important aspect of the inspections. Other locations with issues included Guys Burger Joint Galley, Staff Mess, Food Preparation Room, Room Service and more. It is important to note that many of the problems found were minor and corrected straight away by the crew but the issues do count on the inspection checklist which covers all aspects of sanitation, hygiene, health and general procedures.

The United States Public Health inspections take place unannounced on vessels docking at U.S. ports twice a year. Inspectors from the CDC will go on the ship and make sure proper procedures are being done. If a ship does fail often the issue is corrected immediately and the cruise line will also have to provide the CDC with a report on what was done to correct the violations found.

Carnival Liberty is currently based out of Port Canaveral, Florida and sails 3-night and 4-night itineraries to the Bahamas. The ship was the very first in the fleet to get the FUN 2.0 enhancements in 2011 including Guys Burger Joint and the Alchemy Bar. The Conquest class ship is 110,000 gross tons and can carry over 2,900 guests at double occupancy. 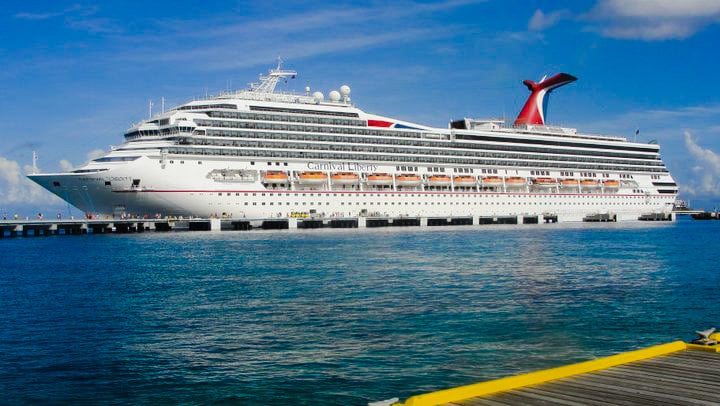