Carnival Cruise Line and Meyer Werft celebrated the keel laying ceremony at the shipyard by placing coins under a massive 375-ton steel block, one of the first parts of Carnival Jubilee to be put in place.

The ceremony marked the completion of the first stage of the construction of Carnival’s third LNG-powered cruise ship, which started with the steel cutting ceremony in March.

“Our plans for Texas are as big as the state itself, and we’re looking forward to bringing guests aboard our third Excel-class ship that will be just as magnificent as her sister ships Mardi Gras and Carnival Celebration.

As the ship is built, the coins will remain under its foundation as a symbol of good luck. The official ship coin depicts Carnival Jubilee alongside the original MS Jubilee from 1986, which was scrapped in 2016, commemorating an essential part of Carnival’s history and celebrating its future.

A special compartment near the mast of Carnival Jubilee will retain the coins as permanent fixtures once construction is complete.

Carnival Jubilee To Play An Important Part In Texas Tourism

Once completed, Carnival Jubilee will be heading to Galveston, where she will play an important part in further developing Carnival’s presence in Texas.

I’m ecstatic to be here for this important moment and witness construction now officially underway. Carnival Jubilee will significantly enhance our offerings from Galveston as the industry leader in the Texas cruise market and an important contributor to the Galveston tourism economy,” Christine Duffy said.

From Galveston, the ship will be sailing seven-day cruises to the Western Caribbean starting November 18, 2023, including voyages to Cozumel and Costa Maya in Mexico and Mahogany Bay on Isa Roatan, Honduras.

While sister ships Mardi Gras was built and Carnival Celebration is being built at the Meyer Turku shipyard in Finland, Carnival Jubilee, originally intended to sail for german cruise operator AIDA, is being constructed in Germany.

The 182,800 gross tons, 5,280-passenger cruise ship shares many guest favorites with her sisters, Mardi Gras and Carnival Celebration, such as the BOLT roller coaster, but will also see many unique features only available onboard. Carnival intends to reveal more about those features as construction progresses. 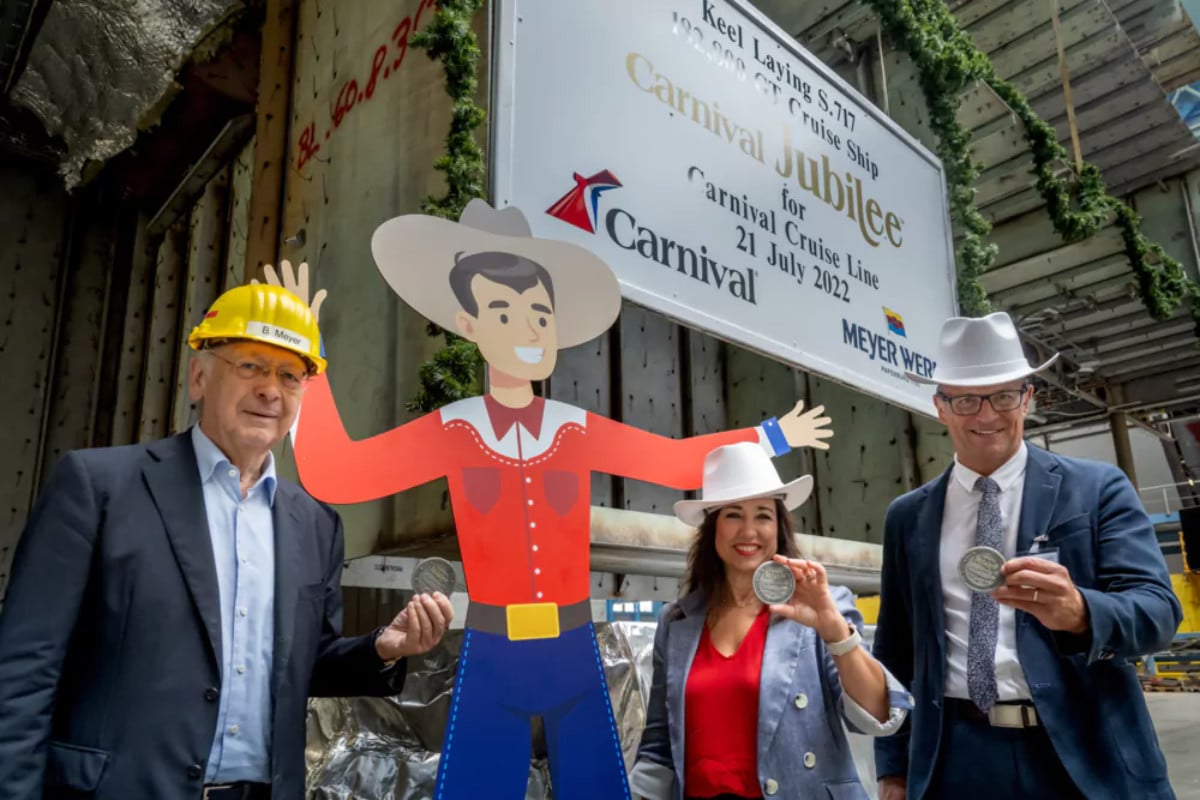