Carnival Cruise Line may have decided to scrap the Carnival Imagination as tracking currently shows a well-known scrapyard as the ship’s next destination.

Is Carnival Imagination Being Scrapped?

With no end of the suspension of operations in sight in the United States, Carnival Cruise Line has been heavily impacted and the cruise line has already disposed of the Carnival Inspiration and Carnival Fantasy which are both now being scrapped in Turkey.

Well, those former ships now might be joined by another Fantasy-class ship, the Carnival Imagination. There are some signs that the vessel is likely to reach the end.

According to the Cruise Ship Tracker, Carnival Imagination is currently moored in Curacao, an island in the southern Caribbean. This is important because her sister ships which are already being scrapped also docked at the island before heading directly to the ship breaking facility in Aliaga, Turkey.

The vessel could be following in the footsteps of her sister ships as it’s the same location where all the valuable equipment and important items were stripped from each vessel. However, this does not mean that’s actually happening and she may just be in Curacao preparing for her long-term lay-up that Carnival has already announced.

What’s really made it likely the Carnival cruise ship will be scrapped is that according to tracking, the next destination will be Aliaga with an estimated arrival in the second week of September. The ship would sail directly from Curacao with no stops and across the Atlantic.

We already know that all traces of Carnival Imagination on the Carnival web site has been removed along with travel agent fact details. It was announced by Carnival in July 2020 that Carnival Imagination and Carnival Fascination would go into a long term lay-up with no known return date, you can read those details here.

The Fantasy-class cruise ship is now the oldest ship in the current fleet and entered service in 1995. She’s 70,367 gross tons with 14 decks and a guest capacity of over 2,000.

It is important to know that Carnival Cruise Line has not confirmed the ship will be scrapped but it might just be a matter of time until an official announcement is made. It was a similar situation with Carnival Fantasy and it came as no surprise as she was already heading towards the ship breaking facility in Aliaga when Carnival confirmed the plans for the older ship.

Cruise Hive will continue to monitor the vessel and keep readers informed on any new developments. 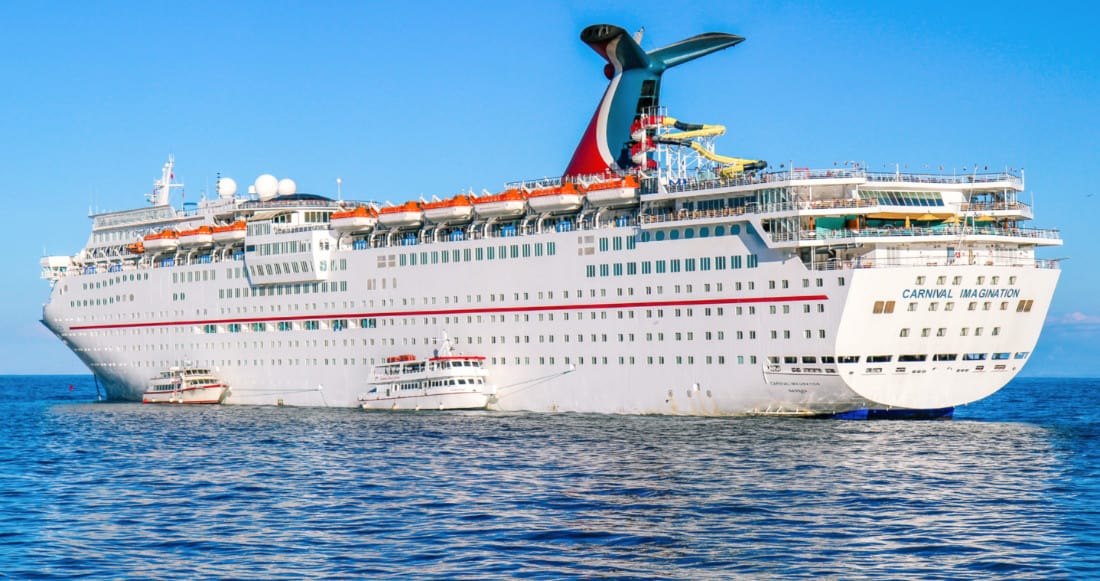