Carnival Glory has repositioned to New Orleans to fill in the gap after Carnival Triumph departed for its major transformation. The Carnival cruise ship will also replace more cruises from the port after a shuffling of vessels.

Carnival Glory has repositioned to New Orleans to begin four-day and five-day itineraries to Mexico. This comes after Carnival Triumph departed the port for the final time for its transformation in Cadiz, Spain. Once the transformation is completed the newly named Carnival Sunrise will then begin a new service out of Norfolk, Virginia.

Carnival Glory will also begin longer seven-day voyages from Port NOLA in May 2019. The ship will directly replace the Carnival Dream itinerary due to the slightly larger ship being redeployed to offer short cruises from Galveston, Texas.

The week-long itinerary for Carnival Glory will sail to the Bahamas, the Caribbean, and even Florida. A western Caribbean itinerary will call to Cozumel, Mahogany Bay (Roatan), Montego Bay, Belize, and Grand Cayman. Another itinerary will include calls to Nassau, Freeport, the private Bahamian island of Half Moon Cay and Key West.

Carnival Glory was last upgraded in 2017 and has all the latest features including a new WaterWorks. The vessel was previously based out of Miami, Florida and departed the cruise capital of the world for the last time on February 28. The ship set off on its first voyage from New Orleans on March 2 on a five-day western Caribbean itinerary.

The Conquest-class ship is 110,000 gross tons and has a guest capacity of 2,980 at double occupancy. There are 13 passenger decks of fun which will be able to take over Carnival Triumph operations comfortably. 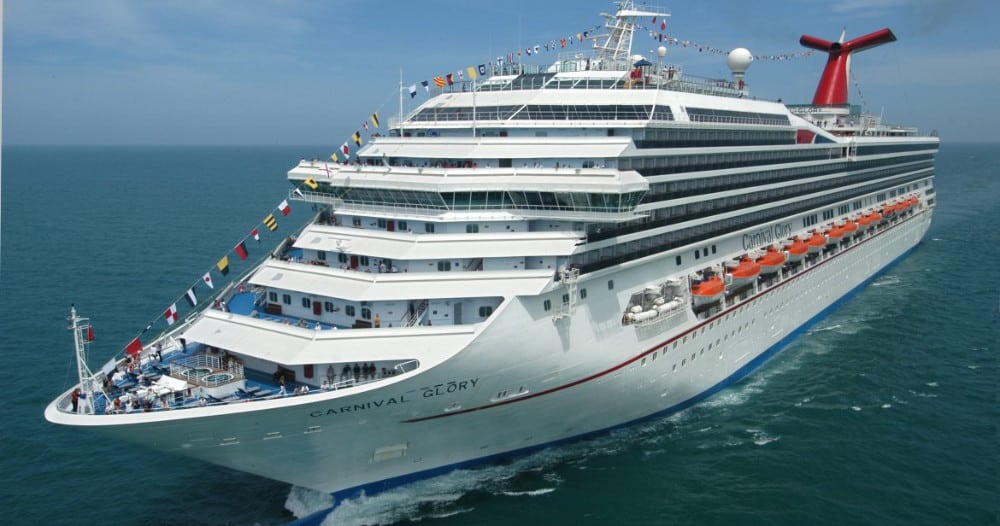