Carnival Cruise Lines has announced that a third ship will begin sailing from Galveston, Texas in February 2015. The Carnival Freedom will be added which will increase Carnivals hold sailing out of the region.

The repositioning of the Carnival Freedom will be a 38 percent increase for Galveston which already caters for Carnival Magic and Carnival Triumph. Carnival will be carrying over 600,000 passenger every year from the port which will also help the local economy.

Carnival Freedom will kick off its Galveston itineraries on February 15th 2015 with a special 6-day Caribbean cruise to Costa Maya, Mexico; Belize; and Cozumel, Mexico. After the first cruise the ship will then begin 7-day regular year round voyages to Mexico and the Caribbean.

The ship will do several different week-long cruises which Carnival has released:

Carnival Freedom will also offer a value cruise from Galveston with four and five-day cruises setting sail on October 24th through to November 21st 2015 and again from January 16th through to February 13th 2016.

The repositioning cruise from the ships current home port of Fort Lauderdale will depart on a one time voyage on February 2nd 2015 for 12 days. The cruise will then end in it;s new home port of Galveston, Texas on February 14th 2015. Carnival Freedom will make stops at fiver Caribbean destinations including St. Kitts, St. Lucia; Curacao; Aruba; and Grand Cayman.

Carnival Conquest which is currently sailing out of Miami, Florida will take over Carnival Freedoms itinerary out of Fort Lauderdale from January 18th 2015.

Carnival Freedom is set for a major dry dock which will add all the latest FUN 2.0 features along with many more improvements. Some new spaces will include guys Burger Joint, EA Sports Bar, Cherry on Top and RedFrog Rum Bar along with a lot more. Also the ship will be one of the first to feature the new Camp Ocean spaces including the Seuss At Sea rooms. 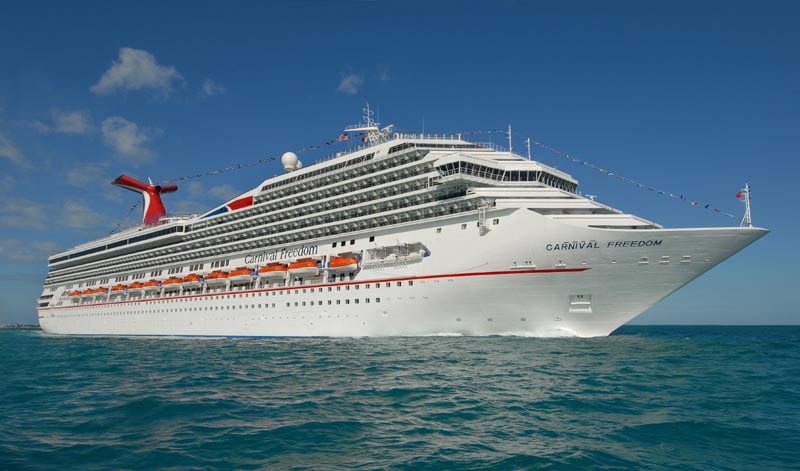