Carnival Fantasy to Sail From Mobile, Alabama from November 2016

Finally news has been announced that the Carnival Fantasy will be sailing from Mobile, Alabama towards the end of 2016.

The news comes after weeks of rumors and then a confirmation from Mobile Mayor Sandy Stimpson after a meeting at the Carnival headquarters in Miami on September 3rd. The Fantasy class cruise ship will sail from the Alabama Cruise Terminal from November, 2016 for one year. The agreement between Carnival Cruise Line and Mobile Council will bring much-needed funds to help maintain the cruise facility in Mobile.

“Carnival Fantasy’s four- and five-day cruises from Mobile provide consumers with an affordable way to visit stunning Mexican ports from a convenient homeport while offering our valued travel agent partners an exciting new short vacation option to market to their clients,” We’ve been working very closely with the port and city officials to make these cruises a reality and wish to thank Mayor Stimpson and his team for not only all their hard work but also for creating a welcoming and positive environment that makes these cruises an attractive option for today’s consumers,”

So you’re thinking what the Carnival Fantasy will be sailing! Well the ship will begin sailing from Mobile on November 9th, 2016 until November 27th, 2017. The 2,056 passenger ship will sail two different itineraries, a four-day cruise to Cozumel, Mexico and a five-day cruise calling at Cozumel, Costa Maya and Progreso.

“We are pleased and excited to welcome Carnival Cruise Line back to Mobile,” This agreement has been a priority since the day we took office. It represents a win for our City, a win for Carnival and most of all a win for the thousands of consumers who can once again enjoy a great cruise out of one of America’s greatest cities. We are building something special in Mobile, and this renewed partnership is evidence of that momentum.”

Prior to its deployment to Mobile, the Carnival Fantasy will undergo a multi-million-dollar refurbishment that will add several elements of the cruise line’s popular Fun Ship 2.0 product enhancement program, including Guy’s Burger Joint, developed in tandem with Food Network star Guy Fieri, two poolside watering holes, the RedFrog Rum Bar and BlueIguana Tequila Bar, and the BlueIguana Cantina Mexican-themed eatery.

The last Carnival ship to offer cruises from Mobile was the Carnival Elation in 2011. Carnival Fantasy is the original ship in its class at 70,367 gross tons and was built-in 1990. At the moment the vessel is sailing cruises from Charleston, South Carolina. 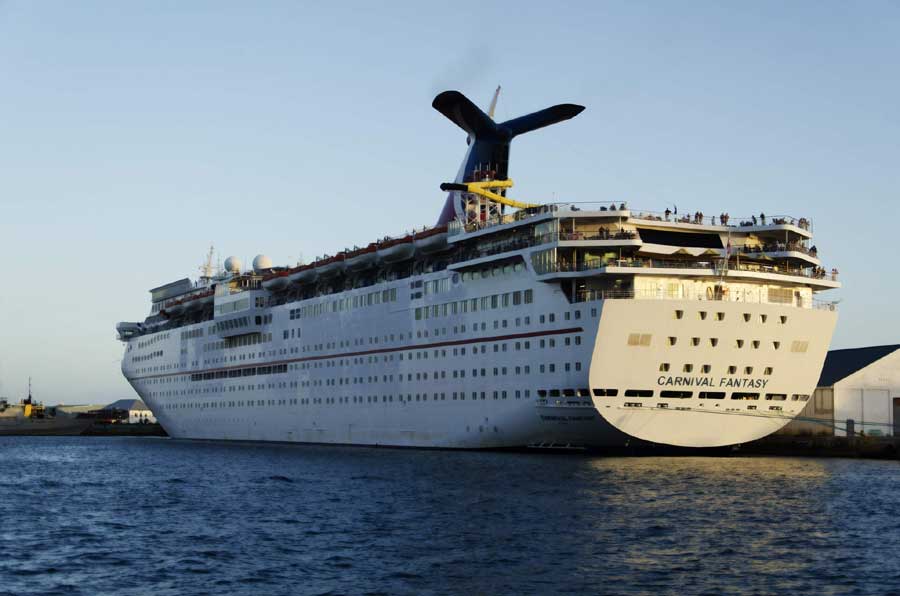