While the cruise industry awaited a decision on the No-Sail-Order to be issued, the CDC now recommends that travelers defer all cruise travel worldwide.
Read more
Cruise News

Once operations resume from the U.S. cruise lines will have to be strict with new health measures.
Read more

Carnival Dream has started cruising out of New Orleans all year round for the very first time. Today (Monday April 14th) the ship will set sail on its inaugural cruise.

The ship is the largest ever to sail from the New Orleans port and shows the cruise lines commitment to the region by moving one of the largest ships in the fleet there.

[quote_box_left]“New Orleans is one of our most popular home ports and Carnival Dream provides vacationers with a spectacular ‘Fun Ship’ cruise option from the Big Easy offering an incredible array of on-board innovations,” said Gerry Cahill, Carnival’s president and CEO.[/quote_box_left]

The inaugural cruise will be a special 6-day voyage making calls at Costa Maya, Mahogany Bay (Isla Roatan), and Cozumel. The cruise will be out of the new Erato Street Cruise Terminal which has had a $2.3 Million upgrade to accommodate larger vessels like Carnival Dream.

[quote_box_right]“Further, the arrival of Carnival Dream significantly expands our capacity in New Orleans, which is a direct result of the combined efforts of port and local officials and our valued travel agent partners who have been instrumental in supporting our New Orleans cruise program,” Gerry Cahill added.[/quote_box_right]

According to the CLIA, New Orleans is the sixth largest cruise port in the US and in Louisiana cruise lines spent $399 Million in 2012. Now Carnival is the largest operator in the region and with the Carnival Dream now sailing from the city that number is expected to rise.

The 130,000 ton Carnival Dream has all the latest FUN 2.0 upgrades including the Red Frog Pub, Cloud 9 Spa and a large open Plaza space where special activities and events can be held. The ship is the first in its class and started a new era in design for Carnival Cruise Lines. 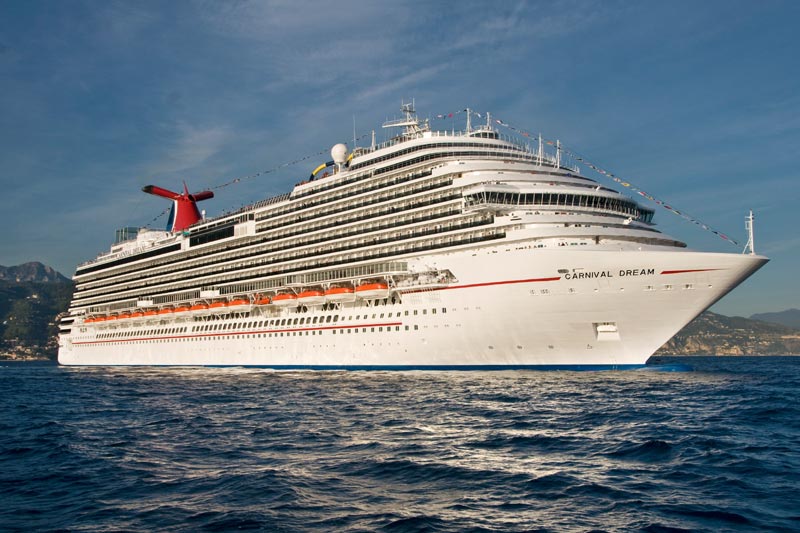