The Carnival Horizon which hit Pier 90 in Manhattan, New York was due to a lack of communication from the Bridge officers.

In August 2018 the Carnival Horizon collided with a part of Pier 90 in Manhattan, New York which caused damage to the ship and the pier. Since then, the National Transporation Safety Board have been doing an investigation into the accident and have recently released their findings.

In the NTSB report, it was a probability due to a lack of bridge communication which led to the collision including multiple factors.

The National Transporation Safety Board concluded:

The National Transportation Safety Board determines that the probable cause of the Carnival Horizon’s contact with Pier 90 was the ineffective interaction and communication between the master and the docking pilot who were maneuvering the vessel, and the bridge team’s ineffective oversight of the docking maneuver. Contributing was the placement of the third officer in a location without view of the bow to monitor the close approach to Pier 90.

The Carnival cruise ship was returning from an 8-night Eastern Caribbean cruise on the morning of August 28, 2018. The ship was maneuvering to berth no.2 Pier 88 at the Manhattan Cruise Terminal in New York.

Under the assistance of a tug boat and the pilot who was on the bridge, the captain was also overseeing operations. It was ultimately lack of communication that caused the collision, in the report it mentioned:

At 0549, the pilot said, “stop the bow,” meaning stop thrusting the bow, and requested “a little stronger astern.” Immediately thereafter, the third officer reported the distance to Pier 90 as “one five” meters.

The rate of turn to starboard was 14 degrees per minute with a ground speed of 1.2 knots and a heading of 050 degrees. About 15 seconds later, the third officer reported they were “getting really close,” to which the pilot immediately responded with a request to “back; go back.” At 0549, at a speed of 1.4 knots over ground ahead, on a heading of 054 degrees, the Carnival Horizon’s bow struck the second and third levels of Pier 90’s facility and parking garage.

The bow of the ship hit the southwest corner of Pier 90 and thankfully there no injuries. There was damage to the bow of Carnival Horizon which was above the waterline, it was eventually repaired during a call in San Juan on the next sailing. The ship was seaworthy after the U.S. Coast Guard allowed her to depart for the next cruise as normal.

In the report analysis, it was mentioned that Carnival’s navigation policy requires closed-loop communications and a process called “thinking aloud” which allows for great situational awareness.

However, it was mentioned that the bridge team and pilot progressively lost awareness of the ship’s headway towards the end of Pier 90. The closing distance went undetected until it was too late to prevent the collision.

The total cost of the damage was estimated to be 2.5 million. There was no damage to the environment. Carnival Horizon is currently based out of PortMiami, Florida sailing Caribbean cruises. She is the second Vista-class cruise ship at 133,500 gross tons a guest capacity of over 3,900 at double occupancy. 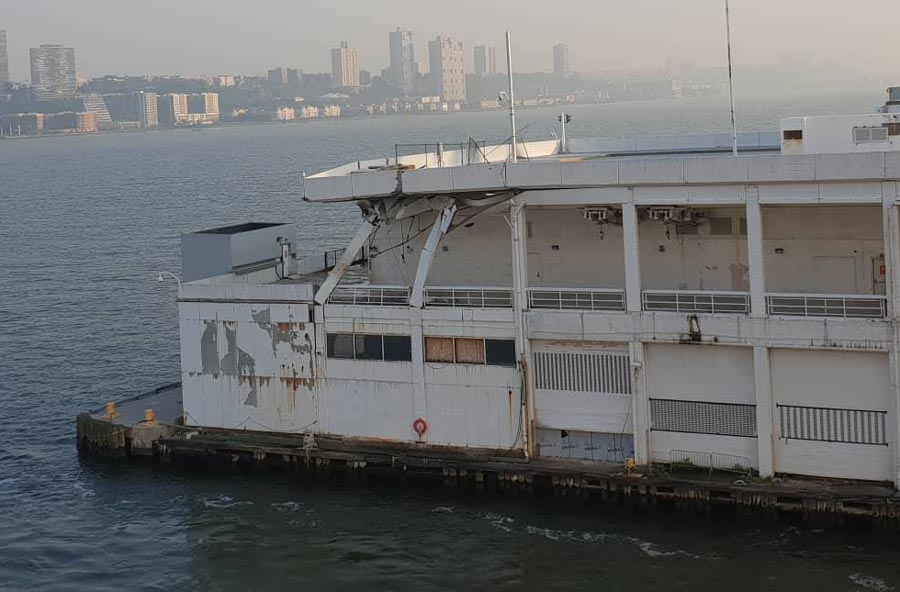