The Carnival Sensation was delayed departing Key West yesterday due to some issues onboard the ship with a burst pipe and air conditioning.

Carnival Cruise Line has provided Cruise Hive with a statement and the latest. It mentions that the issues have now been fixed and the next scheduled sailing departing Miami on October 7 will be as normal. Here is the statement:

Thursday evening, a water line from the main pool separated on Carnival Sensation, resulting in water entering some guest staterooms and affecting the air conditioning to the impacted area. Both problems have since been fixed and all systems are operating as normal.

Guests in certain staterooms were relocated to alternate accommodations.  All impacted guests were offered compensation and were also given the option of disembarking the vessel and returning to Miami via motorcoach from Key West.

Many thanks to our guests for their patience and understanding during this time. Carnival Sensation departed PortMiami on Thursday and returns tomorrow as scheduled.

The Fantasy-class cruise ship was delayed by several hours departing Key West on Friday. According to passengers on the current sailing, the ship suffered some issues including a burst pipe which in turn caused a problem with the air conditioning.

Many guests have posted on social media that the pool had a burst water pipe which impacted some areas on decks 4 and 7 with flooding. The water also caused the air conditioning to be knocked out with guests needing to be moved. Some cabins had around 3-4 feet of flooding with water pouring from the ceilings.

Some guests had been forced to sleep around the ship as it was too hot to stay in their cabins due to no air conditioning. Carnival Sensation ended up staying later in port so that technicians could join the ship to begin making repairs to the burst pipe and air conditioning.

Carnival Cruise Line handled the situation by offering compensation to guests. Some have posted they received a full refund and a future cruise credit.

The ship is currently sailing a four-day Western Caribbean cruise and was originally scheduled to depart Key West yesterday at around 13:30. She has already resumed the sailing and is calling at Cozumel, Mexico today before heading back to PortMiami, Florida with arrival on Monday morning.

Carnival Sensation is 70,367 gross tons with a passenger capacity of over 2,000 at double occupancy. The vessel last underwent a dry dock in 2017 and there is one scheduled for January 2020. She joined the fleet in 1993 and one of the oldest in the fleet. 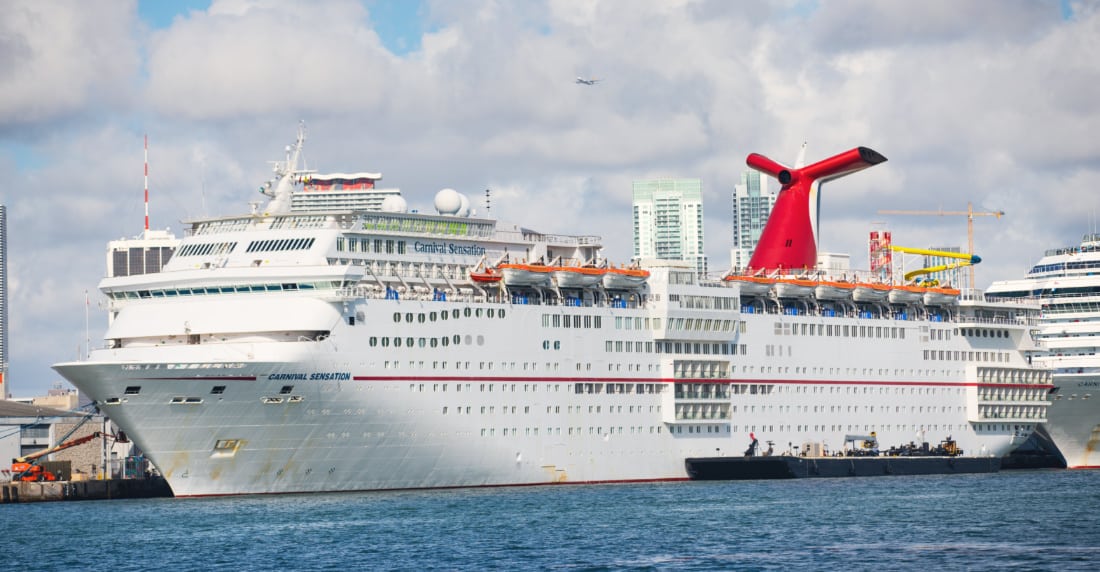