Things aren’t getting any better for Carnival Vista with now the third change to its June 15 sailing from Galveston, Texas.

Bad Luck for the Carnival Vista

Carnival Cruise Line has sent a letter to guests beginning their June 15 cruise out of Galveston of a second itinerary change due to a propulsion issue. This follows an itinerary alteration announced two days ago and delayed embarkation due to extra checkups at the end of the previous cruise by U.S. Customs and Border Protection. In fact, this is now three setbacks for the Carnival cruise ship and we sure hope there isn’t a fourth!

Just today passengers who are starting their seven-day Western Caribbean cruise from Port of Galveston have received a letter from the captain of the Carnival Vista. The letter states that an assessment has been made to repair the vessel’s maximum cruising speed issue and as a result, the speed will need to be reduced even further.

The cruise ship will now sail an 8-day cruise instead of its originally scheduled 7-day sailing. The new itinerary is as follows:

This is now the second change to the itinerary where Mahogony Bay, Isla Roatan was added on along with Costa May and Cozumel. The original calls in Jamaica and Grand Cayman were replaced.

Carnival has apologized to all guests and is offering free gratuities for the extra full sea day added, $200 onboard credit added to the Sail & Sign account, and a 50 percent future cruise credit based on passengers’ fares.

The cruise line is going even further by also providing an extra day of complementary 7-day internet, CHEERS, or Bottomless Bubbles packages for those who have purchased these plans. Guests can get reimbursed up to $200 for any air-related change fees and a full refund of any shore excursions booked for the now-canceled Mahogany Bay through the cruise line.

As normal in these situations, guests can also get a full refund meaning they will have to disembark the Carnival Vista by 8:00 PM. So this means the departure from Galveston will be a lot later than originally scheduled and no doubt the added day to the voyage will impact the next scheduled cruise which was expected to depart Galveston on June 22.

Cruise Hive will keep readers updated on any new developments impacting the Carnival Vista‘s maximum cruising speed and how it will affect upcoming cruise itineraries.

The Carnival cruise ship joined the fleet in 2016 as the first in her class at 133,500 gross tons and a guest capacity of over 3,900 at double occupancy. 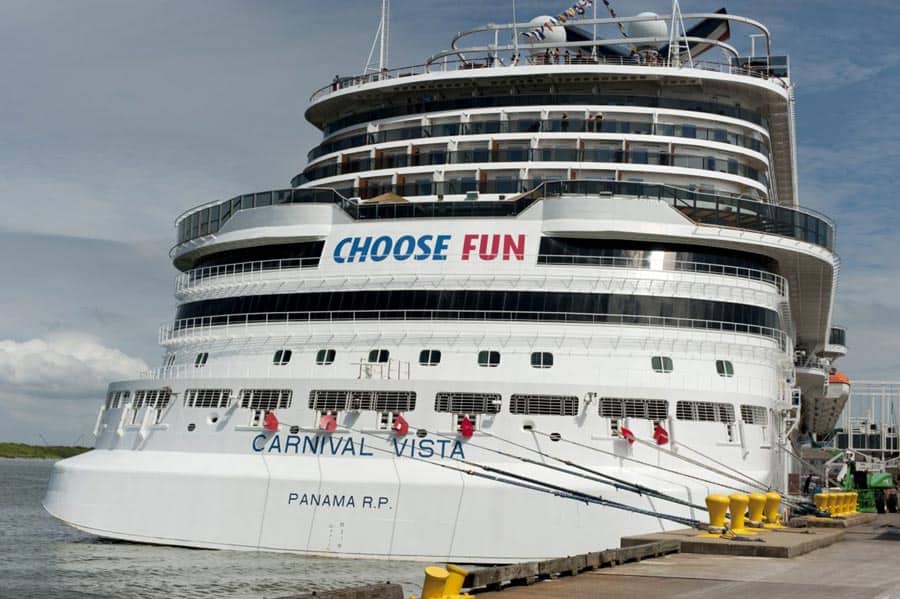