A carnival cruise ship came to the rescue of migrants who were in a makeshift raft not far from Key West, Florida.

The Carnival Sensation which is a Fantasy-class vessel for Carnival Cruise Line spotted 19 migrants in a makeshift raft on Saturday, September 16. The U.S. Coast Guard told Local 10 the migrants were 59 miles southwest of Key West, Florida. The ship’s captain was informed not to allow the migrants onboard and wait for the Coast Guard to arrive.

A video was posted online from a passenger on the Carnival Sensation. In the footage by Stephen Allred, Jr, the migrants can be seen in the makeshift raft and tethered to the 70,500 gross ton ship. The user of the video posted “At first the refugees refused and assistance other than food and water in which Carnival provided for them.” The user went on and posted “The US Coast Guard was contacted and Carnival had to stay in site of the refugee craft until the Coast Guard arrived. After while, the refugees agreed to accept assistance from The Carnival Sensation and they craft was tethered to the cruise ship awaiting The US Coast Guard.”

None of the Cuban migrants were injured and were finally transferred to the U.S. Coast Guard as seen in the video above. The Carnival Sensation was allowed to continue its journey to its home port in Miami, Florida at around 11:45 PM. The ship was coming to an end of 6-day Western Caribbean cruise. 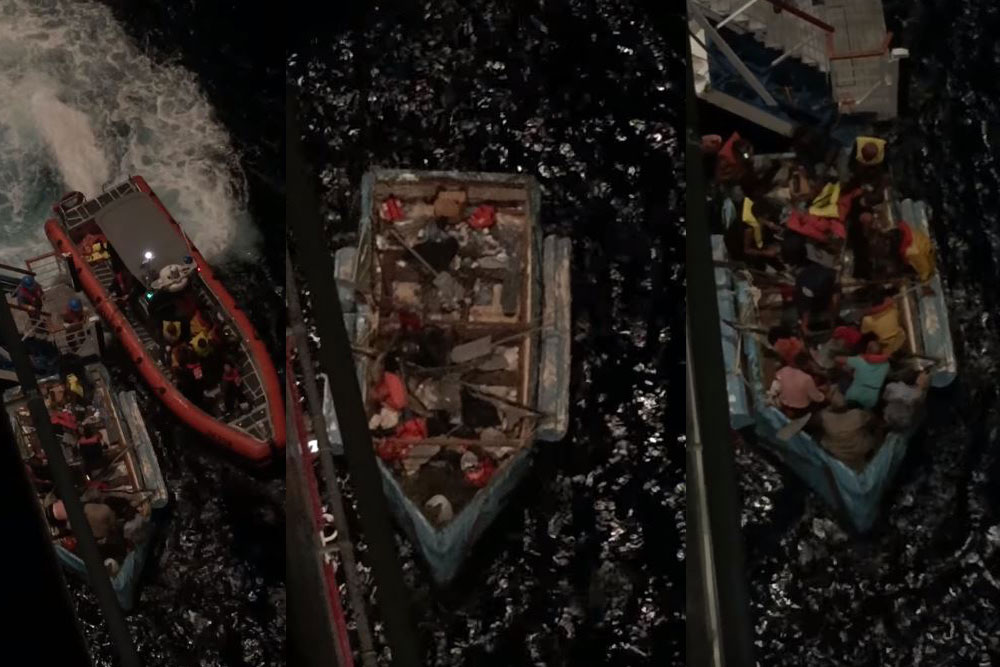 MSC Cruises Releases Details on its Largest Ever Cruise Ship