Captain Gaetano Gigliotti and the crew have been recognized with exceptional bravery for a rescue operation of a stranded fishing boat during Hurricane Irma in 2017.

The crew and captain Gaetano Gigliotti who were on the Carnival Elation last year have been recognized with the Exceptional Bravery at Sea Certificate of Commendation from the International Maritime Organization (IMO). This prestigious recognition is from an agency which is part of the United Nations which provides a global standard for shipping and safety.

“Captain Gigliotti and the Carnival Elation team are a shining example of the leadership and outstanding seafaring skills of our shipboard crews who every day dedicated to the safety of our guests and crew.”

“We couldn’t be more proud and honored that the IMO has bestowed this most well-deserved recognition to Captain Gigliotti and the Carnival Elation team.”

The dramatic rescue occurred when the powerful category 5 Hurricane Irma was pounding the Bahamas. The Carnival Elation was actually undergoing a major dry dock at the Grand Bahama Shipyard in Freeport, Bahamas. It was decided that the Fantasy-class vessel had to depart the dock and head for the Gulf of Mexico to keep away from the storm.

While the ship was sailing away from any potential Hurricane impact a distress call was picked up which was diverted from the U.S. Coast Guard. The small fishing boat was taking on water approximately 60 nautical miles to the east of the Carnival cruise ship.

Captain Gaetano Gigliotti sailed the ship through 15 to 20-foot waves and strong winds of 40 knots with gusts up to 60 knots. Due to the terrible weather condition, the Coast Guard was unable to assist with a helicopter and the cruise ship had limited bridge systems due to leaving dry dock early.

The captain used all his experience to get as close as possible to the small fishing boat as the crew was unable to launch a rescue boat due to sea conditions. The brave crew members managed to rescue Edward Potter by opening the large shell door, a door located on the side which is often used for tendering guests.

Sadly one of the fishermen was lost when the small boat rapidly sank. The sole survivor was well looked after by the Carnival Elation crew and he managed to get back to the United States safely.

This is just an amazing rescue operation during a very worrying time in the region. The Caribbean was devastated by Hurricanes in September 2017 and many cruise destinations are still trying to rebuild. Thankfully there were no passengers onboard and the ship eventually resumed regular cruises not long after.

Just a few days ago we posted about the Carnival Triumph coming to the rescue of a small sailing boat in urgent need of oil. Cruise ships are often involved in rescues involving smaller boats and we’ve covered many of them here on Cruise Hive. 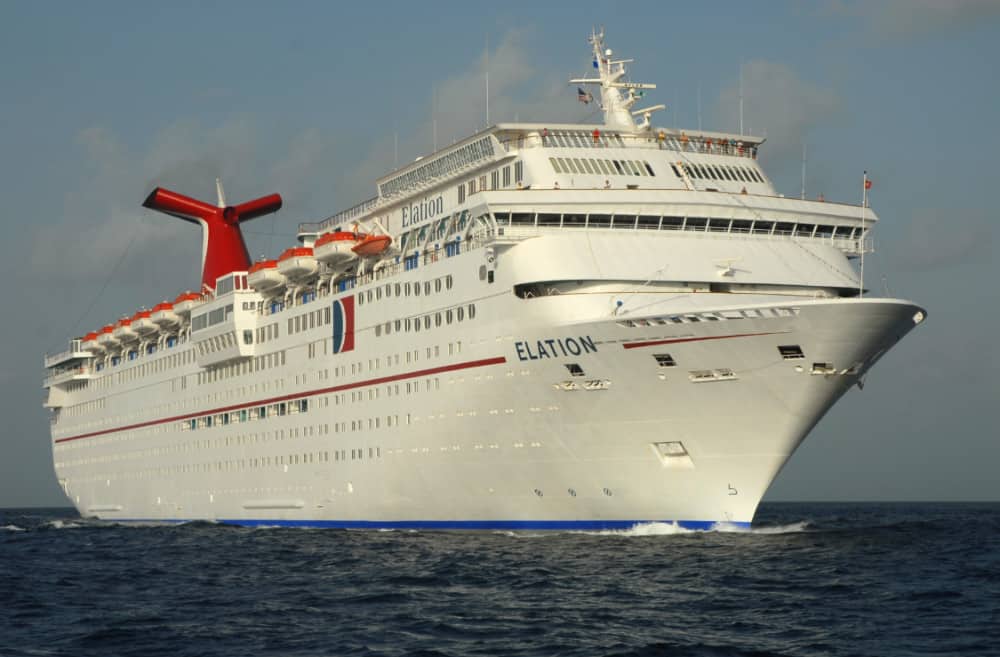