Local news in Baltimore is reporting the Carnival Pride which is operated by Miami based Carnival Cruise Line crashed into the cruise terminal gangway earlier today.

The Spirit class ship was docking at the port in Baltimore, Maryland on Sunday at around 9 AM. The ship hit the gangway while docking which caused the terminal gangway to completely collapse onto three cars which were parked underneath. Thankfully nobody was using the gangway at the time and nobody was in any of the cars. No injures have been reported.

The cruise terminal gangway is used to transport guests to and from the ship. The ship does have more of its own gangways which are used for crew in Baltimore and everyone when docking at other ports of call.

Only minor damage has occurred on the Carnival Pride and according to the site the next scheduled cruise will depart as normal. The 88,500 gross ton vessel had just completed a 7-night Bahamas cruise and will set sail on 7-night Western Caribbean cruise today at around 4:30PM. 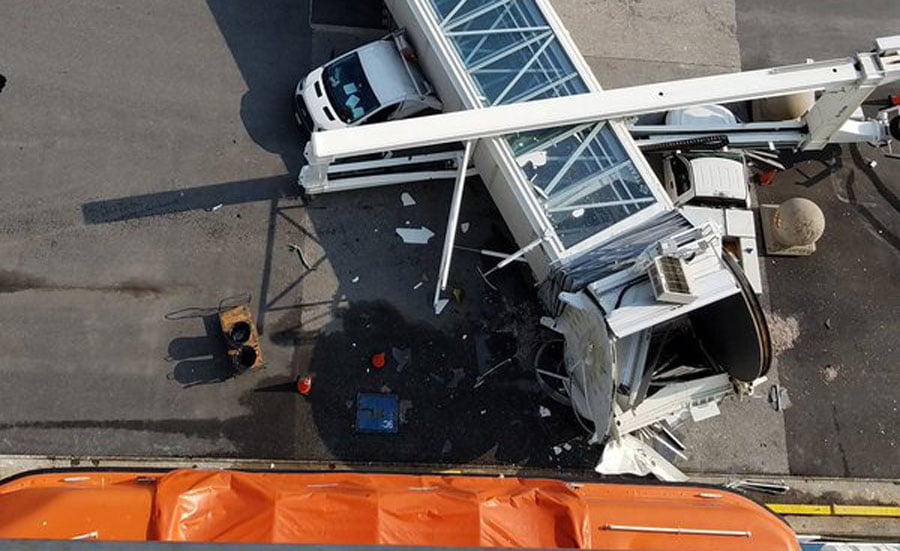