Carnival Sunshine is undergoing a dry dock at the Grand Bahama Shipyard in Freeport, Bahamas. The ship is being updated over two weeks and will be ready to sail from Port Canaveral on October 21.

The Carnival ship which is previously known as Carnival Destiny is currently undergoing dry dock in the Bahamas. The refurbishment began on October 7 and will last for two weeks.

During this time many crew members will sign off and begin their vacations or transfer to other ships in the fleet. The remaining crew along with hundreds of shipyard workers will make sure the ship is refreshed and ready for guests.

Nothing has yet been officially confirmed but no doubt we’ll know once Carnival Sunshine completes her upgrade. There was a rumor that a new SeaFood Shack venue on the Lido deck would be added but it has been confirmed this is not true. A new deli and new pixels photo area will be added.

When a cruise ship undergoes a dry dock there are many things which are always done and this includes a lot of maintenance and improving technical aspects. It makes the perfect opportunity while the ship is not on the water.

Many areas of the ship which are not really focused on are new carpeting in certain areas, new bedding, new TVs in those cabins which need it, new tiling and even new decor in areas like the gift shops, sp, and casino. Just about every aspect of the ship is checked over and improved on in some kind of way.

When Carnival Sunshine completes her dry dock on October 20 she will sail not far to Port Canaveral where the ship will resume Caribbean cruises. The first sailing back will depart on October 21 and be a 7-night Eastern Caribbean itinerary including calls at Amber Cove, St. Thomas, San Juan, and Grand Turk before return to her homeport on October 28.

The ship will reposition to Charleston, South Carolina with year-round cruises starting May 18, 2019. Around 220,000 cruise passengers are expected to take a cruise on the newest update ship each year.

Carnival Sunshine has so far gone through nine dry docks since first joining the fleet under her previous name in 1996. The largest was in 2013 when the ship transformed and renamed as Carnival Sunshine. The 2017 update also added a lot of new features already seen across the fleet including the popular Guy’s Burger Joint, Alchemy Bar, RedFrog Pub and even a dedicated Havana Bar.

The ship is 102,852 gross tons and has a guest capacity of over 3,000 at double occupancy. The next Carnival ship to undergo a refurbishment will be Carnival Inspiration this November so do keep checking Cruise Hive for all the coverage on that. 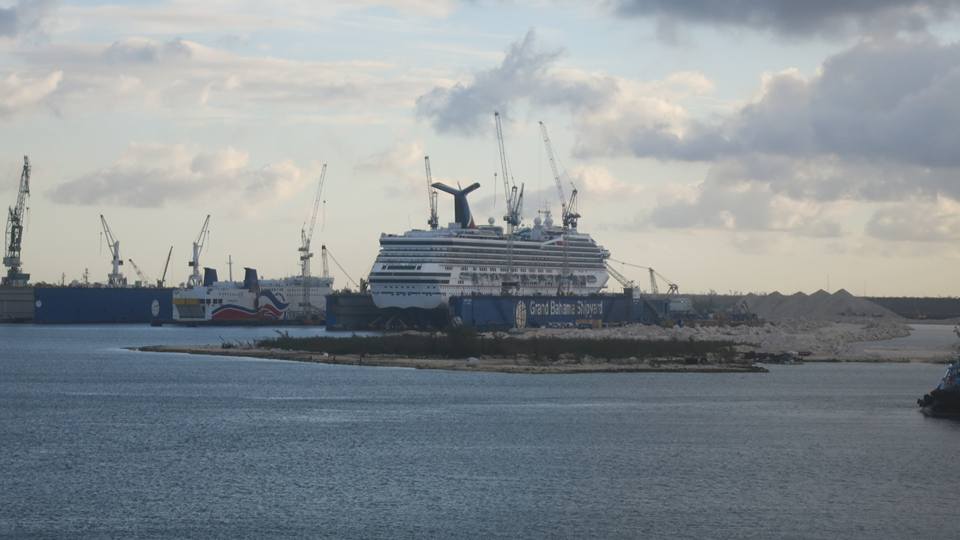