Carnival Cruise Line has sent out a letter to Carnival Valor guests due to the growing storm off the Gulf coast which is expected to become Tropical Storm Barry today.

A powerful storm has developed just off the Louisiana coast in the Gulf of Mexico and the growing storm has already started affecting Carnival cruise ship itineraries. A state of emergency has also been declared by governor John Bel Edwards.

The Miami-based cruise line has sent out a letter to guests that the Carnival Valor won’t be arriving into New Orleans on July 11 due to the intense storm which is causing high water levels and flooding.

The ship which is ending its 5-day Western Caribbean cruise which departed New Orleans on July 6 will now be ending at the Port of Mobile, Alabama. As a result, this will impact those passengers ending their voyage and those traveling to begin the July 11 sailing.

Guests who are booked for July 11 departure from New Orleans are being informed to arrive at the terminal at the pre-selected arrival time. Carnival Cruise Line will then transport all guests via buses to the port in Mobile, Alabama. The final bus from Port NOLA will depart at 2:00 PM (CDT).

Carnival has also mentioned in the letter that the Carnival Valor will return back to Port of New Orleans at the end of the July 11 cruise so guests are being asked not to travel there directed and only with the cruise line. Carnival Valor’s departure from Mobile could also be slightly delayed due to the alternative arrangements and this could also impact luggage delivery and check-in.

The July 11 departure which is a 4-day Western Caribbean cruise will have an altered arrival at Cozumel, Mexico on July 13. The Carnival cruise ship will arrive at 9:00 AM and have a back onboard time of 6:00 PM.

The Cruise line as apologized for the changes but under the circumstances, guests will stall be able to enjoy their cruise as expected. Carnival is monitoring how the storm develops at its ship operations center in Miami.

According to the National Hurricane Center (NOAA), the Gulf storm is currently located approximately 185 KM southeast of the Mississippi River Mouth on the Louisiana coast. The storm currently has maximum sustained winds of 35 MPH and is moving west at 5 MPH. The storm is expected to become more powerful and be a category 1 Hurricane in a couple of days.

This will bring much more dangerous conditions as it will lurk around in the area for a while. A huge amount of rainfall is expected along with high gusts and storm surge. Later today it will become a Tropical Storm and reach the coastline this weekend.

As the storm develops and causes damage to land we could see further cruise ship itineraries impacted in the coming days. Do keep checking Cruise Hive for full Hurricane coverage which impacts the cruise industry.

Carnival Valor is a Conquest-class cruise ship and has a guest capacity of over 2,900 at double occupancy. The ship is 110,000 gross tons. 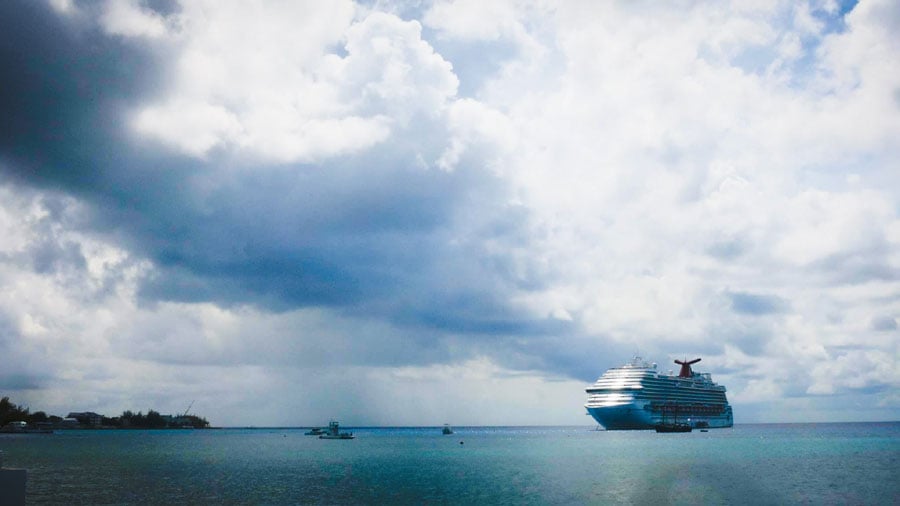