The Carnival Sunshine’s November 2 cruise out of Charleston has been delayed and altered due to the previous voyage.

The Carnival cruise ship’s November 2 departure from the Port of Charleston, South Carolina will have a delayed departure and an altered port of call time. The reason for the delay is due to a medical deviation on the current seven-day Bermuda voyage which departed Charleston on October 26.

The cruise line informed guests booked on the following sailing of the changes:

As a result of a medical deviation that took place on the current cruise, our arrival in Charleston will be delayed until late tomorrow afternoon.

One the ship arrives, we will need to disembark guests before we can proceed with your embarkation. Please disregard your Arrival Appointment and plan to arrive at the cruise terminal between 7:00 PM and 10:00 PM. We will depart shortly after embarkation is completed.

Due to terminal and parking limitations, guests who arrive prior to 7:00 PM will be asked to return later.

Additionally, our time in Nassau will be modified. We expect to arrive on Monday, November 4 at 10:00 AM and extend our departure until 7:00 PM.

Please opt-in for text alerts by texting CCL1 to 278473 (CRUISE) so that we can stay in touch with you.

Thanks for your understanding. We are looking forward to welcoming you aboard for a fun and memorable cruise.

Carnival Sunshine will be arriving into Charleston not on Saturday morning but in the afternoon instead. As it will take time to disembark all the guests, those on the five-day Bahamas cruise are being told not to arrive at the cruise terminal until 7:00 PM – 10:00 PM.

The vessel will depart once everyone is aboard but with the delayed departure the cruise line has also needed to change the arrival time at Nassau, Bahamas. The ship was originally scheduled to arrive at around 8:00 AM on Monday, November 4 but that has now changed to 10:00 AM. The good news is that guests will still be able to enjoy time in port as Carnival Sunshine won’t depart until later at 7:00 PM.

So it looks like guests will be able to enjoy some extra time enjoy Charleston which is not too bad at all. And there will be nothing lost in port during the itinerary. The next port of call at Carnival’s private island Half Moon Cay in the Bahamas will go ahead as scheduled and the ship will arrive back at her homeport as normal on November 7.

However, those disembarking the previous cruise could be impacted if they had travel plans arranged on the same day.

Also Read: 55 Best Things to Do in Charleston SC Before or After a Cruise

Carnival Sunshine is a 103,800 gross ton vessel and was transformed from the previously named Carnival Destiny in 2013. The ship has a guest capacity of over 3,000 at double occupancy.

We do hope the person who needed urgent medical attention was ok and does make a full recovery. No doubt it will still be a fun-filled voyage with only limited impact. 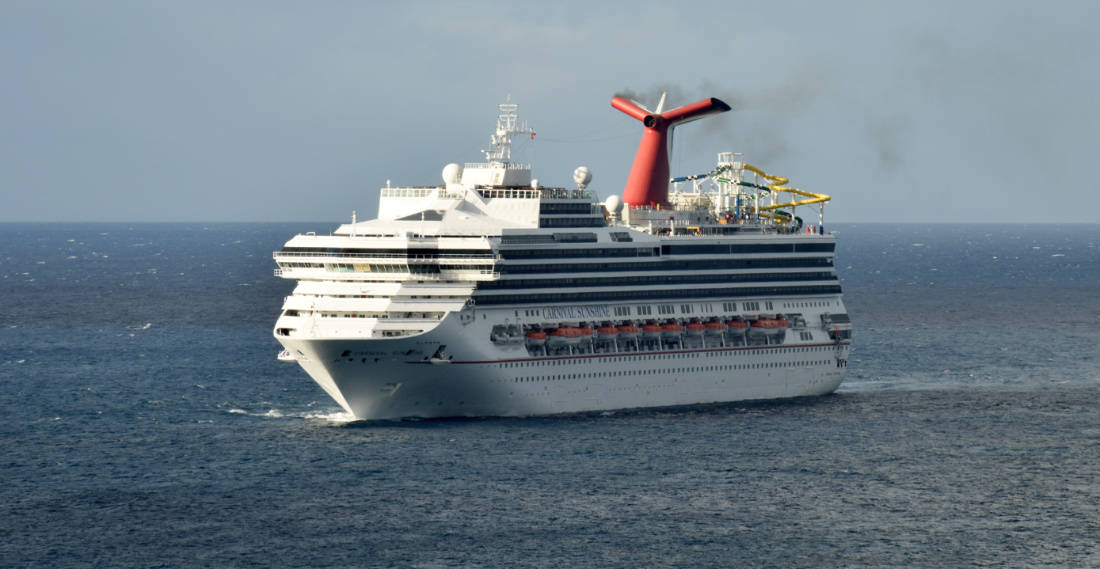