Carnival Sunshine has been stuck in Jan Juan, Puerto Rico due to a mechanical issue. The ship has also canceled the scheduled port of call at Grand Turk on Friday.

Guests currently onboard the Carnival Sunshine October 21 sailing are not experiencing the vacation they anticipated. According to passengers on the ship the Carnival cruise ship was stuck in San Juan, Puerto Rico due to some kind of mechanical/technical issue.

The ship didn’t depart until late last night which is way beyond the scheduled departure of 4:00 PM. Due to the issues, it has been decided that the ship will not call in Grand Turk on Friday, October 26.

Also Read: Things To Do in Grand Turk During a Cruise Vacation

Carnival Cruise Line Ambassador John Heald did post that the issue had been fixed, but because of the late departure, there was no choice but to cancel Grand Turk.

Those guests booked on the next sailing which departs Port Canaveral on October 28 can rest easy knowing the technical issue has been fixed and the voyage should go ahead as normal. However, it would still be best to double check with the cruise line for official updates.

The ship only resumed service on October 21 after a major 2-week dry dock at the Grand Bahama Shipyard in Freeport, Bahamas. A new enhanced internet service was installed along with some upgraded public areas. As usual when it comes to a ship drydock maintenance was also completed. There will be some question marks to why the ship has an issue less than a week after dry dock.

Carnival Sunshine is currently sailing a 7-night Eastern Caribbean itinerary which departed her homeport in Port Canaveral, Florida on October 26. The ship called at Amber Cove in the Dominican Republic on Tuesday and St. Thomas in the U.S. Virgin Islands on Wednesday before she had a problem in San Juan on Thursday.

With the cancellation of Grand Turk in the Turks and Caicos, it does look like the ship will have two fun days at sea before returning to the U.S.

Carnival Cruise Line has offered guests compensation with $50 of onboard credit which will go onto the Sail & Sign account. Those guests who had booked shore excursions through the cruise line are also being refunded along with any port fees.

This news comes after Carnival Victory suffered from propulsion issues earlier in the week. The ship which will be transformed into Carnival Radiance in 2020 had to cancel two ports and instead just sail the Bahamas. Carnival Victory will become a sister ship once the dry dock is completed and will be part of the Sunshine-class.

Carnival Sunshine is a 102,850 gross ton ship which has a guest capacity of over 3,000 at double occupancy. The Carnival ship was previously known as Carnival Destiny which entered service in 1996 and transformed to her new look and name in 2013. 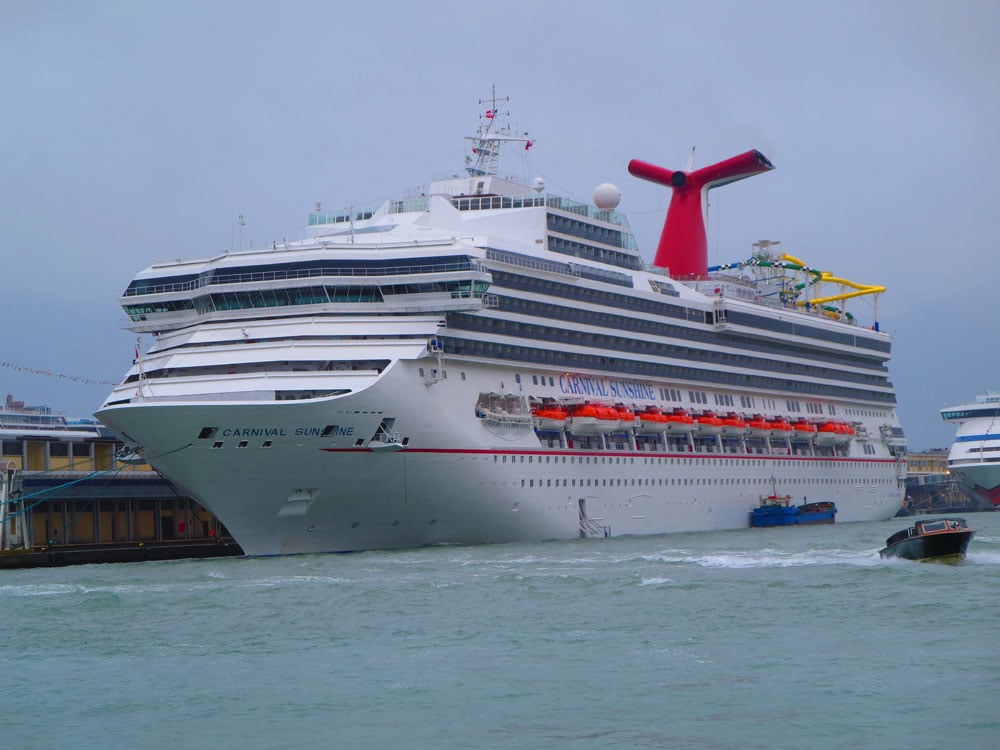