The Carnival Imagination has completed her long journey across the Atlantic to Turkey where she will be beached and scrapped.

The Fantasy-class Carnival cruise ship has finally arrived just off the coast of the Aliaga ship breaking facility in Turkey. This comes after the vessel was docked in Curacao for some time offloading important equipment and items.

When Carnival Imagination was in Curacao last month in the southern Caribbean, it was rumored she would be scrapped. It was then pretty much confirmed after the Cruise Ship Tracker was showing Aliaga, Turkey as the next destination.

Carnival Imagination departed the Caribbean port on August 26 at around 7:00 PM and headed directly to Turkey through the Caribbean, across the Atlantic, and finally through the Mediterranean. She’s now in the anchorage position just off the coast and preparing to be beached in the next day or so. Before that, many of the essential crew members will be transferred off, leaving just a handful of staff to get the vessel beached.

Even though the Carnival ship is about to be scrapped, surprisingly, Carnival Cruise Line has not actually announced anything. The last we heard from the cruise lines was the ship to be put into a long-term lay-up along with sister ship Carnival Fascination.

All records of the Carnival Imagination on the Carnival web site have been removed and parent company Carnival Corp has previously announced a total of 13 vessels would be offloaded across its nine cruise brands, nine of these ships will go before the end of the year.

With the new Excel-class mega-ships on the way for Carnival Cruise Line, it does make sense to offload some of the older Fantasy-class vessels. However, many cruisers will be sad to see the Carnival Imagination be scrapped after such an interesting history. The ship will join Carnival Inspiration and Carnival Fantasy that are already being scrapped at the facility. Two former Royal Caribbean cruise ships Monarch and Sovereign are also being scrapped in Aliaga.

Worth Reading: Which Cruise Ships are Being Scrapped or Sold Due to the COVID-19 Pandemic?

Carnival Imagination joined the fleet in 2005 and has a guest capacity of over 2,000 at double occupancy. There are now only five Fantasy-class vessels remaining if you include the Carnival Fascination that is in a long-term lay-up. 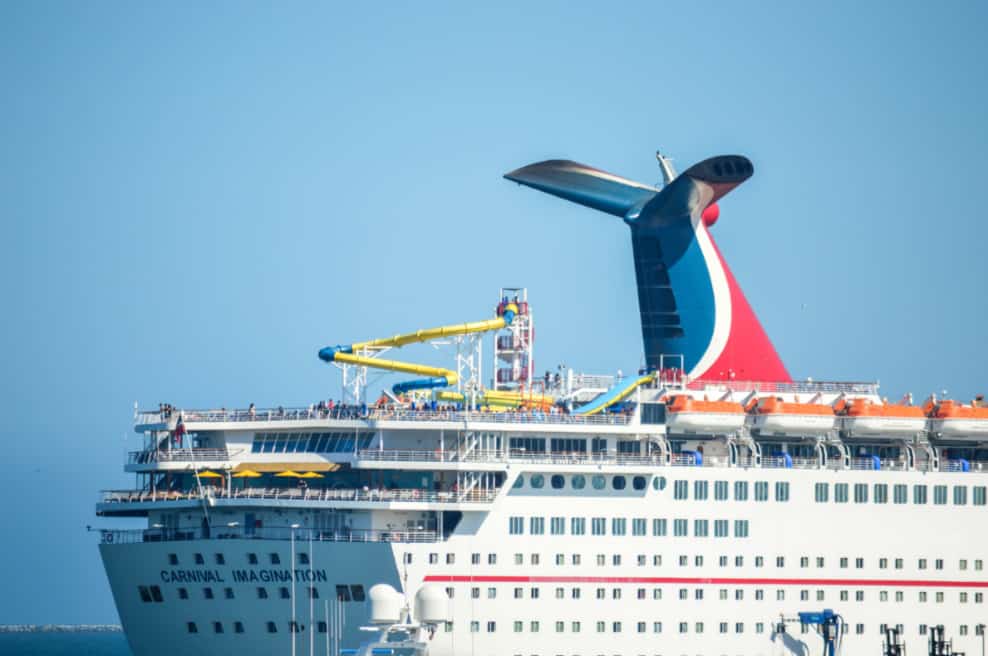